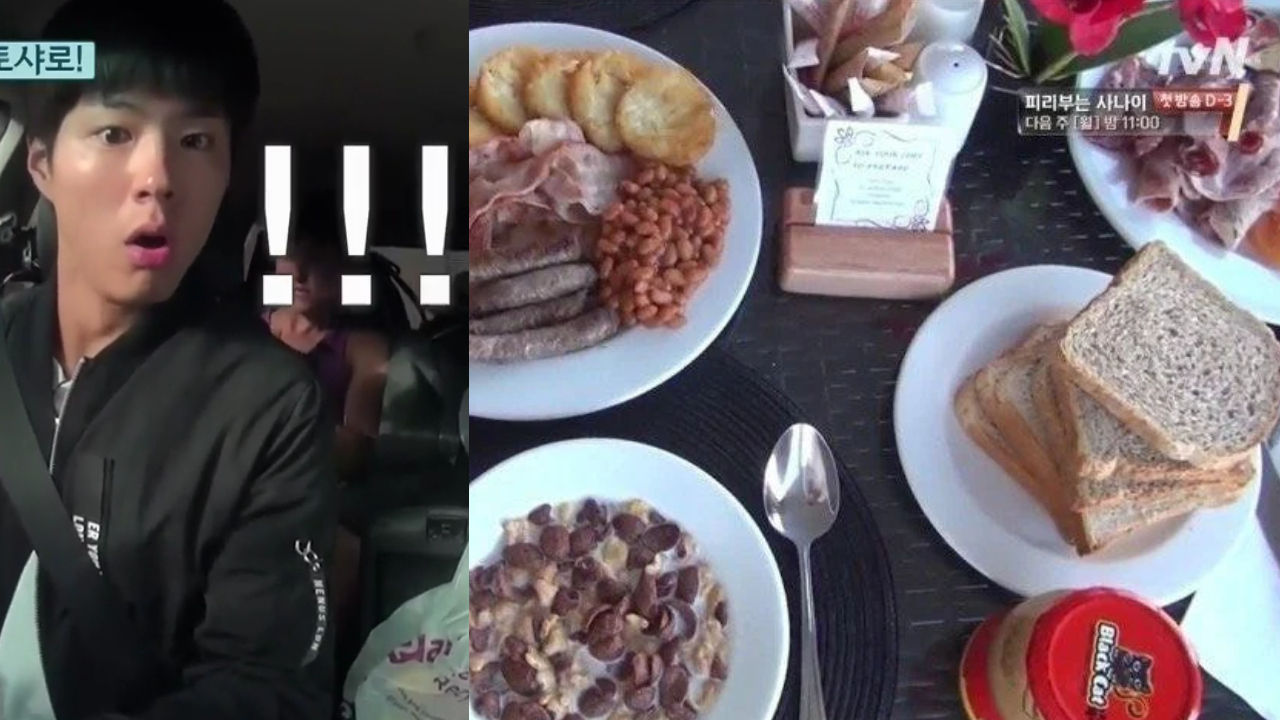 Actor Park Bo Gum's fans are shocked to see how much the actor eats for a single serve of breakfast.

Although he rather has a relatively slender figure, Park Bo Gum was well-known to be a big eater among fans.

Whenever he made appearance on TV shows, Park Bo Gum shocked the viewers by eating an enormous amount of food at one time.

Especially when Park Bo Gum traveled to Africa as part of tvN's variety show 'Youth Over Flowers', there was a scene that the cast members having breakfast at the hotel they were staying.

When Park Bo Gum brought over an enormous amount of food, viewers thought he would share those with the rest of the cast.

However, Park Bo Gum surprisingly ate the whole amount all by himself.

Upon seeing the online post, fans commented, "Now that's impressive.", "How can a person possibly eat that much? Wow.", "I wish I can eat like that and not get fat, just like Bo Gum.", and more.

Meanwhile, Park Bo Gum has been accepted to the Navy as a member of the military band, and is confirmed to begin his service on August 31.