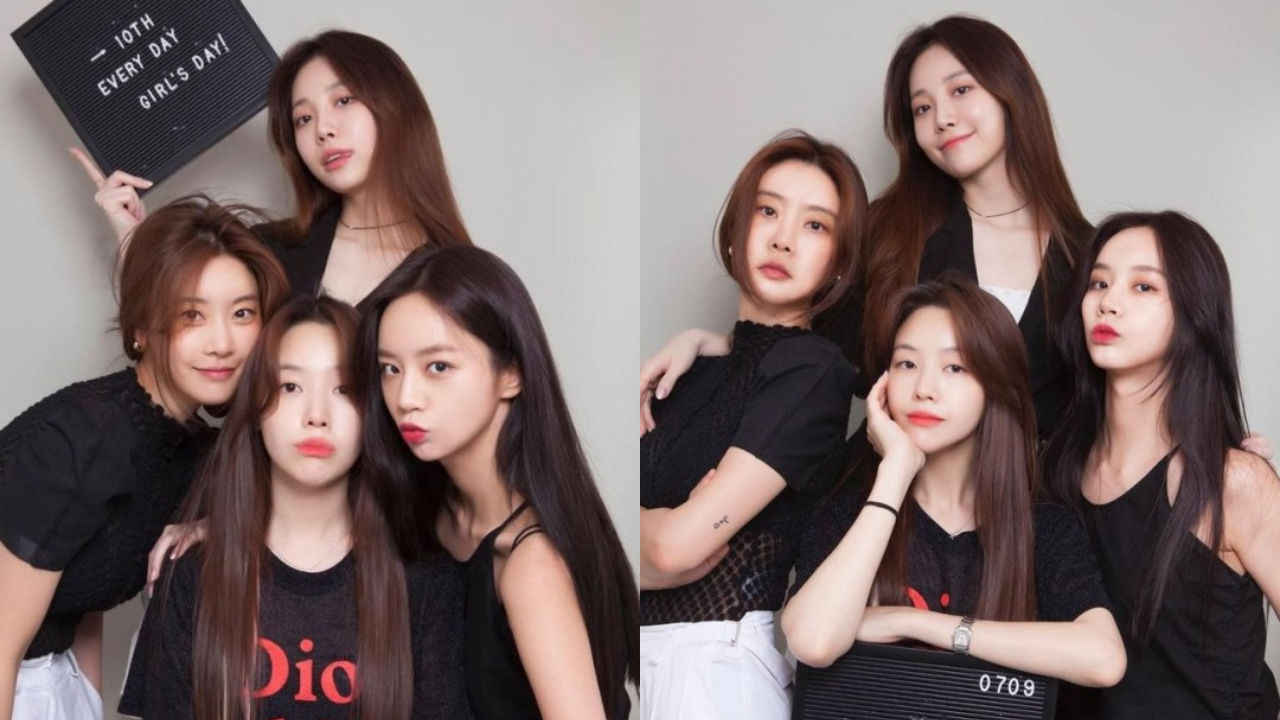 On July 9, the members of Girl's Day posted group photos on their Instagram.

The photos were of the four girls―Hyeri, Yura, Sojin and Mina at a self-service photo studio.

They made sweet and playful poses together, looking very happy.

It seemed like the girls met up to celebrate the special day―the group's 10th debut anniversary.

Each member of Girl's Day uploaded these photos on their Instagram and wrote a message thanking one another as well as fans.

They wrote, "The past 10 years have been so amazing. We felt happy and very much loved."

They continued, "We're the luckiest people in this world with such great fans and members who we'll be friends for the rest of our lives. Thank you!"

Since then, Girl's Day released various hit songs including, 'Twinkle Twinkle', 'Something', 'Ring My Bell' and so on.