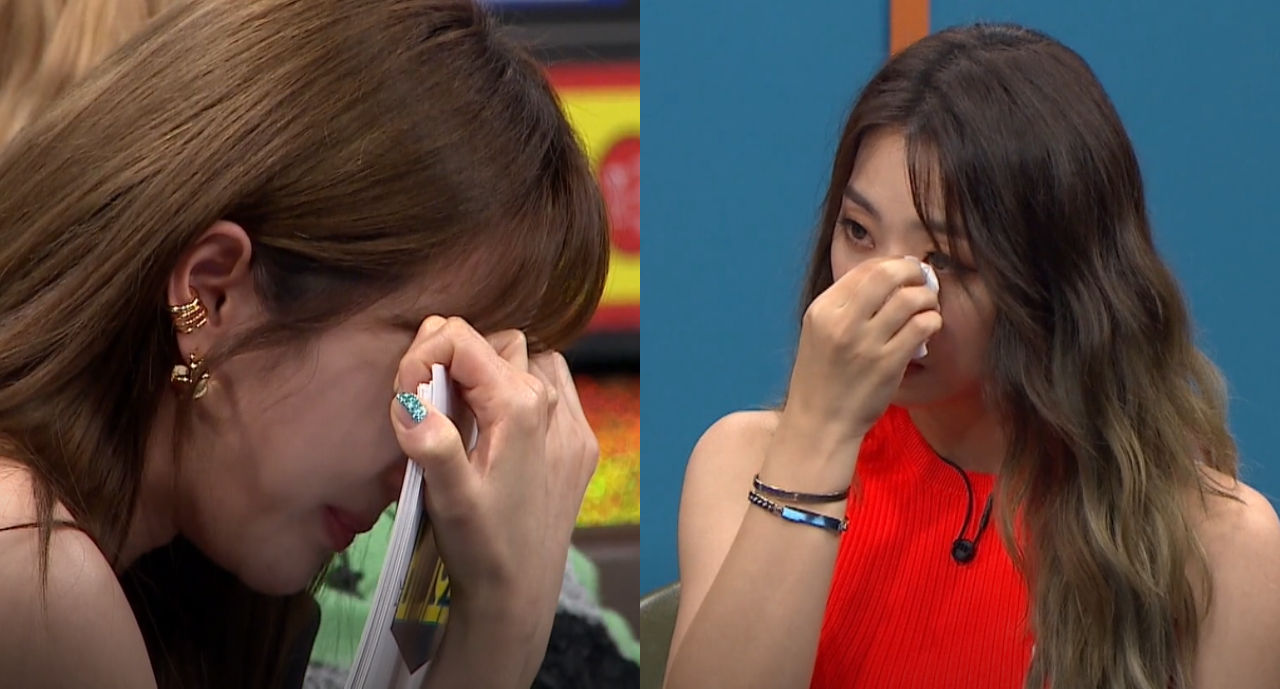 Disbanded K-pop girl group 2NE1's member DARA broke down in tears as Minzy thanked her for being a good companion during their 2NE1 days.

During the show, Minzy confessed that she suffered so much negative comments and fake news after she decided to leave 2NE1.

Minzy said, "When I left the group, people said that I'm a betrayer and backstabber of the group. I was only around 22 at the time. It was just too much for me to handle."

Minzy also revealed that there was something that she really want to say to DARA.

She said, "After 2NE1's disbandment, DARA took a lot of different challenges and promotions. Seeing her working hard and growing as a person, it truly gave me a lot of strength while I was on my hiatus."

While DARA could not hold back her tears, Minzy continued, "DARA was the mom of the group. She always took care of us and was considerate towards all of us."

DARA then confessed that she felt like she was not able to take care of Minzy during their 2NE1 days.

DARA said, "I wasn't really the type of person who is affectionate or taking care of others. I've always felt apologetic toward Minzy because I feel like I didn't take care of her enough as an unnie. It must've been so hard for her."