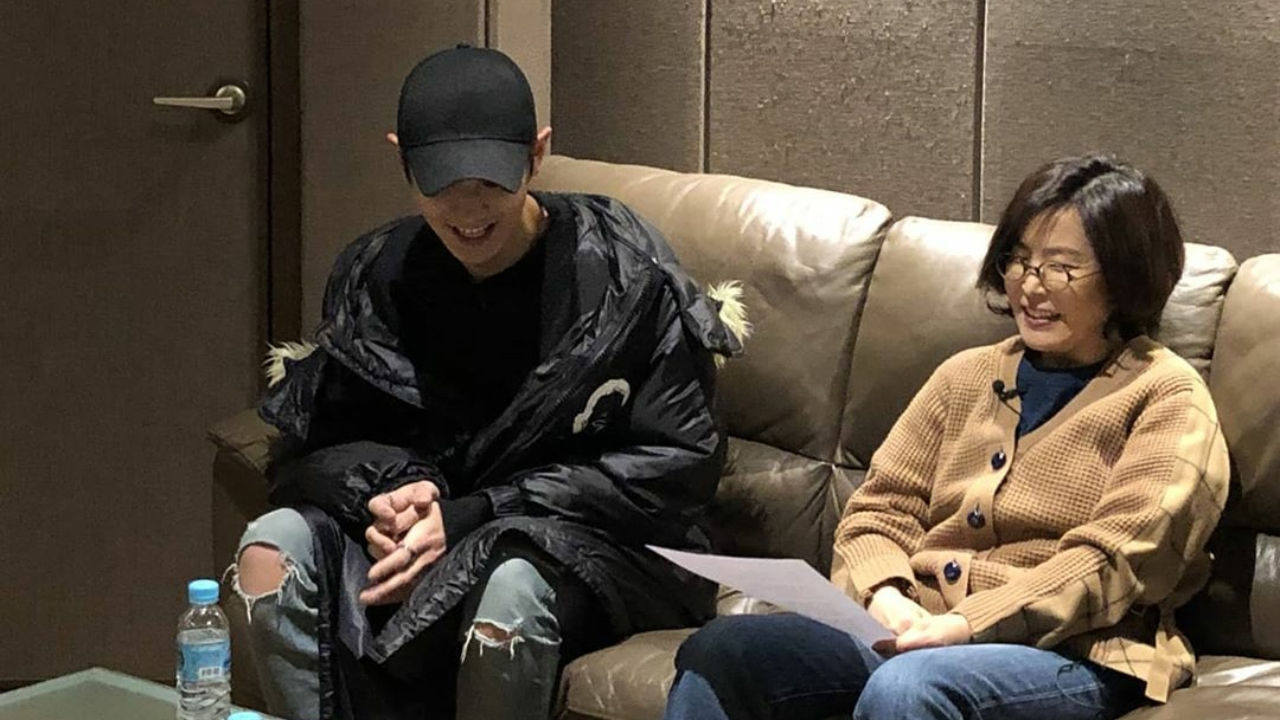 During the talk, Lee Sun-hee talked about collaborating with CHANYEOL for one of her latest songs 'Anbu'.

Lee Sun-hee said, "When I was making 'Anbu', I wanted to include a part in the lyrics where they talk about their time in 20s. So, I made a rap part for the song and left the lyrics out for that part."

Lee Sun-hee continued, "After that, I asked Lee Seung Gi if he could recommend any rapper. He recommended CHANYEOL right away."

She went on, "As I listened to EXO's music, I felt like CHANYEOL's rap would go with my singing well. I asked CHANYEOL if he could feature in my song, he was like, 'Yes, of course!' without hesitation.'

Lee Sun-hee added, "CHANYEOL asked me to send him the song, and only about 10 days later, he finished writing the lyrics for the rap part. When he sent it to me, he said, 'This was my time in 20s.' He was actually very busy at that time. I felt so grateful for his effort."

Lastly, she said, "I could really see that CHANYEOL was enjoying the work and music. He also showed me so much passion to make it as flawless as possible. I was glad that I chose him over anyone else."

Meanwhile, Lee Sun-hee and CHANYEOL's 'Anbu' was released on June 15.