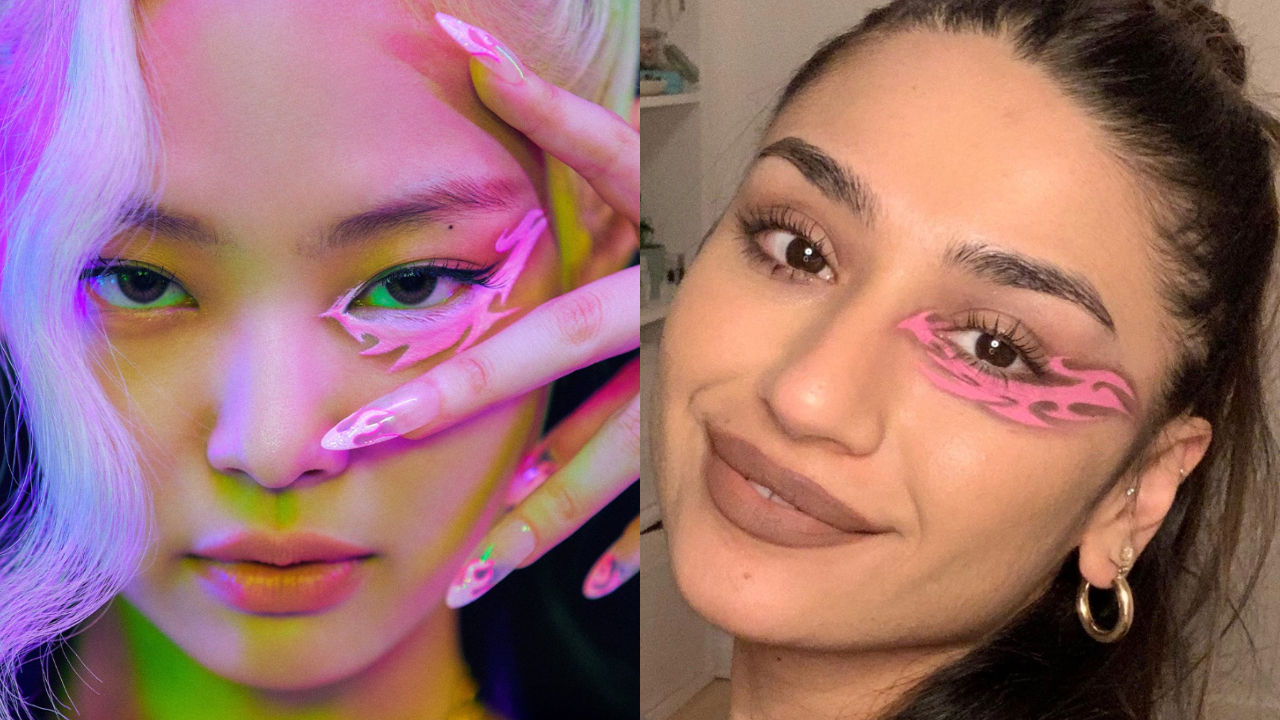 On June 22, Nushafarin updated her Instagram revealing that her eye makeup look was plagiarized by BLACKPINK's makeup artist.

According to Nushafarin, she had uploaded a photo of her own design back in February, and recently saw the same makeup look on JENNIE's individual teaser poster for the group's upcoming single 'How You Like That'.

She explained, "I have no problem with people being inspired by my work or recreating them, with credit of course. However, it is unacceptable when a big brand like YG, pays an artist to recreate my work, without reaching out to me and not giving me any credit."

Nushafarin added that she tried to work it out with BLACKPINK's management agency YG Entertainment about the issue, but failed to receive an official response from them.

She also expressed her thanks to those―including BLACKPINK's fans―who have been supportive and kind to her when she first addressed the plagiarism.

Meanwhile, neither BLACKPINK's makeup artist nor the group's agency has responded to the issue.