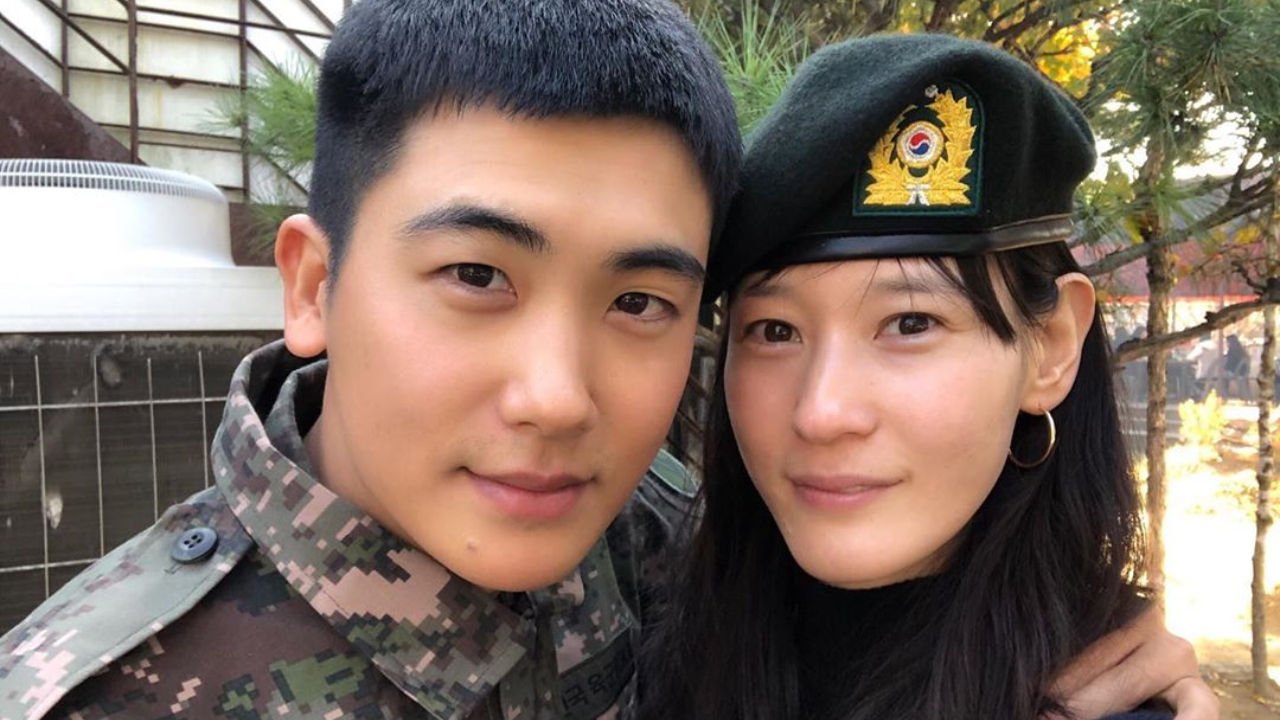 Singer/actor Park Hyung Sik got a visit from his past co-stars from the film 'Juror 8'.

Along with the photos, Rie Young Zin wrote, "Congratulations on your Best New Actor award from the Korean Association of Film Critics Awards!"

She went on, "So take off that cool hat. What? Your jacket is warm? Take that off too. What? Don't just stand there, and give me your sunglasses."

Park Hyung Sik enlisted in the military on June 10, and he is currently serving as an active-duty soldier in the military police department of the Capital Defense Command.

'Juror 8' was the last project that Park Hyung Sik took part in before his enlistment.