[SBS Star] N.Flying Lee Seung Hyub Sweetly Reacts to a Man Who Approaches Him During Live 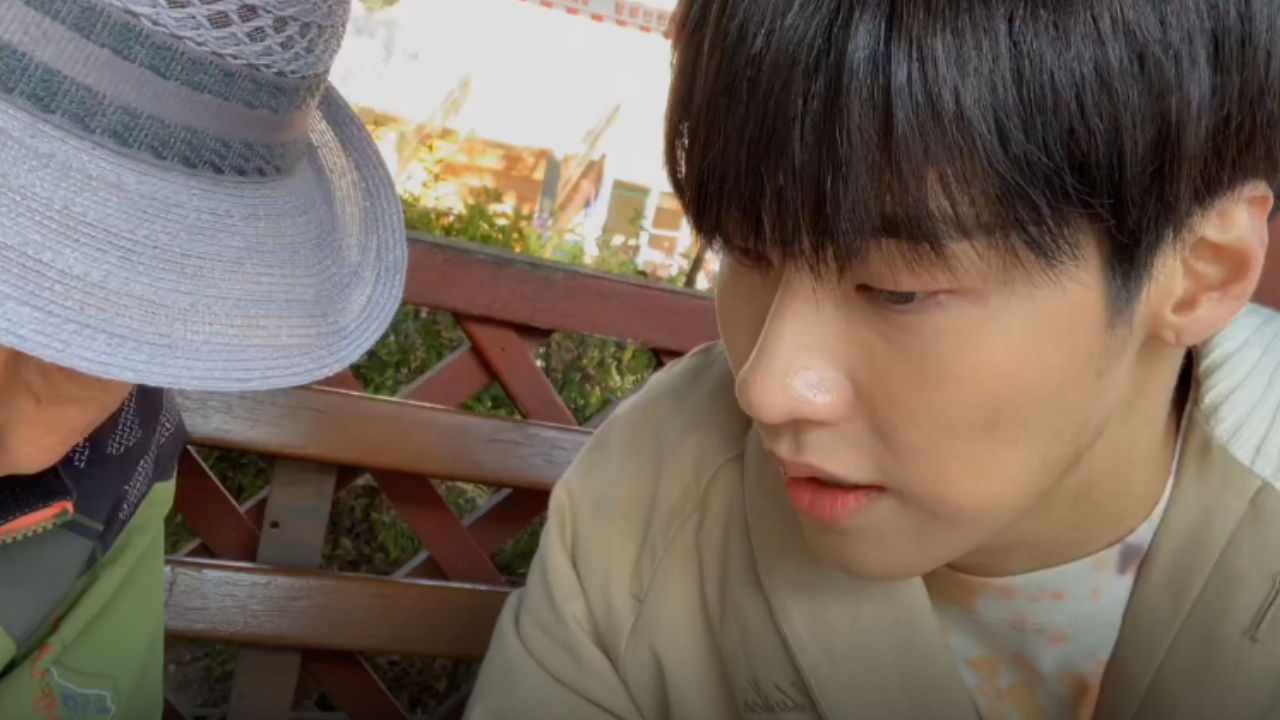 K-pop boy band N.Flying's leader Lee Seung Hyub sweetly responded to an elderly man who randomly asked him for technical support in the middle of his live broadcast.

In one recent afternoon, Lee Seung Hyub held a live broadcast in a park.

After walking around the park for a bit, Lee Seung Hyub sat on a bench to take some rest.

While telling fans some stories, an elderly man suddenly approached him and asked why he could not see his photos on his phone.

The man seemed unaware that Lee Seung Hyub was on live and continued explaining his problem, "I just took some photos of those pretty flowers there, but can't find them on my phone. Do you know where I can find them?"

Lee Seung Hyub immediately stopped talking to fans and kindly guided him through the problem.

Step by step, he showed him how to access the gallery on his phone and which buttons he should press on the screen.

The man thanked him afterwards, and Lee Seung Hyub bowed to him goodbye and left.

At the end, he added, "He had a quite old phone. So, I was afraid that I wasn't going to be able to help him, but I managed to figure things out quickly. I'm glad that I could help him."

Even though it happened completely out of nowhere, he did not seem bothered by it at all and fans are praising his kindness to the skies.

And the legend of "Seunghyub the savior" continues. This time by providing tech support to a cute grandpa who randomly approached him during the vlive？？ #NFlying #엔플라잉 #이승협 pic.twitter.com/IWvJvKPfRa