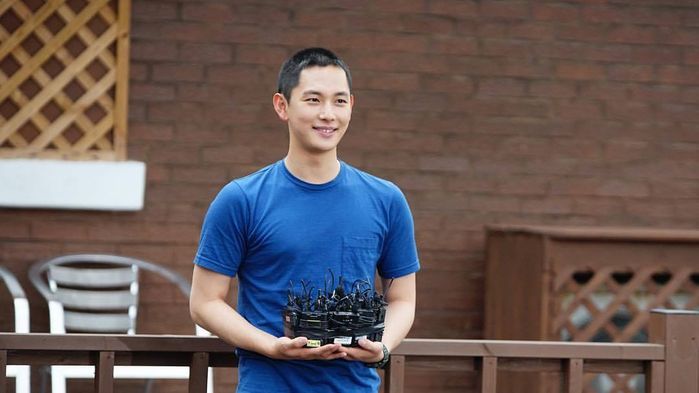 In South Korea, a soldier must earn outstanding grades in all parts of military exercises to be chosen as a special forces soldier. His physical strength and spiritual combat power must be distinguished and recognized from other soldiers.

It was reported that Im Siwan had shown exceptional tenacity, mental and physical strength in the entertainment business even before his enlistment.

It is an unprecedented event for anyone to be chosen as 'special forces soldier', just after two months of serving in the army.

Earlier, Im Siwan has brought many people's attention as he was chosen to serve as an assistant instructor, upon finishing his basic military training.

Then now, just two months after his military enlistment he is chosen to serve as a special forces soldier, proving his sincere and exemplary military service.

Meanwhile, Im is scheduled to attend 'The 15th Ground Army Festival 2017' which will be held on October 8 through October 12 in Gyeryong City, Chungcheongnam-do.

This year, Korean actor Joowon, Super Junior's Ryeowook and many other celebrities are expected to attend to its event.