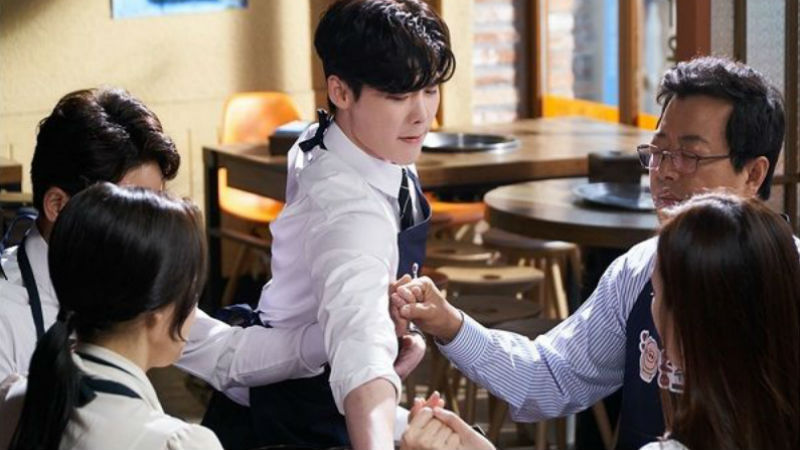 More stills of SBS upcoming drama 'While You Were Sleeping' are released.

On September 18, a production company of 'While You Were Sleeping'―iHQ shared more photos of Lee Jong-suk.

In the released photos, people were seen walking together. But Lee Jong-suk who plays the character of Jung Jae-chan seemed witless. He had some distance from his colleagues who were walking next to him.

In the next set of pictures, Jung Jae-chan's colleagues were looking at him strangely. As Jung Jae-chan is new to the job, as a prosecutor, he seems to be struggling in the new work environment.

According to iHQ staff members, "In the drama, Jae-chan struggles to fit into his new job as a prosecutor. His career life will not be so easy."

Upcoming SBS drama 'While You Were Sleeping' is about a girl who can foresight the future, and a guy trying to prevent an accident from happening by referencing the girl's dream.

It is expected to be on air on September 27, following 'Into the World Again'.