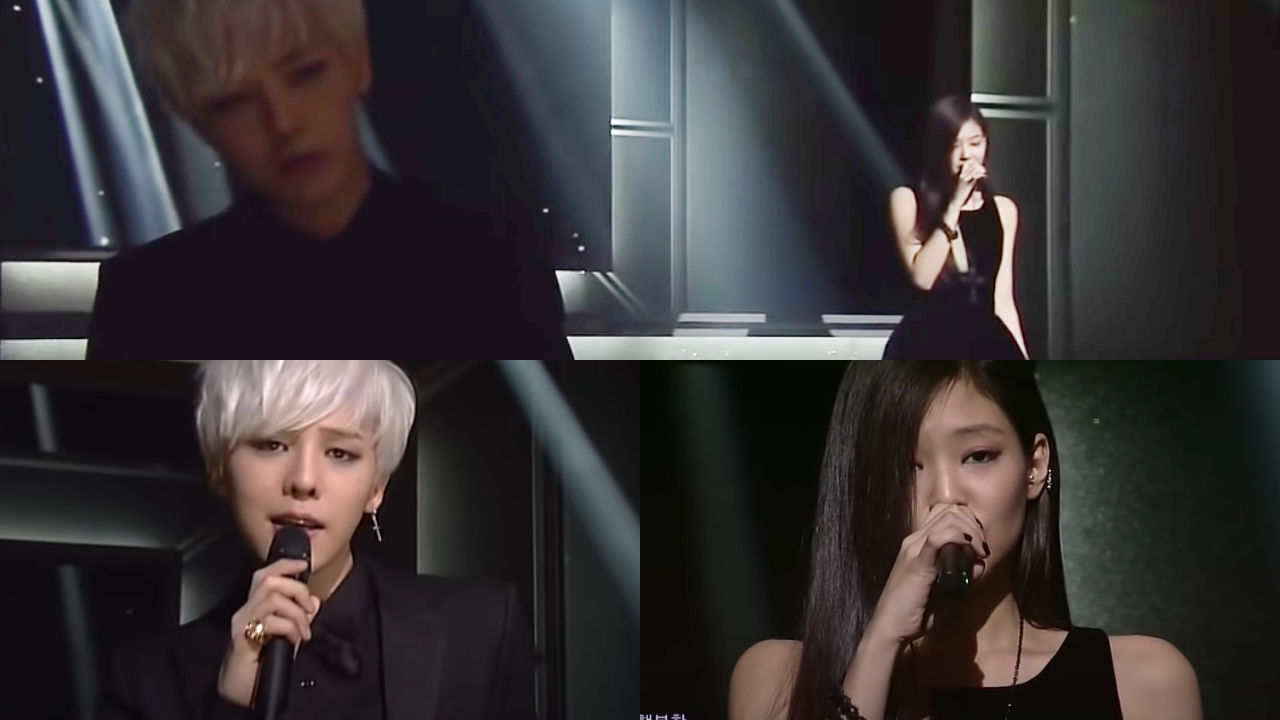 A past duet performance by K-pop boy group BIGBANG's leader G-DRAGON and girl group BLACKPINK's member JENNIE is in the center of attention following their dating news.

On February 24, it was reported that G-DRAGON and JENNIE have been dating each other for about a year.

Although their management agency YG Entertainment did not confirm the news, the two stars' past duet performance has come to light.

The fourth track of 'COUP D'ETAT' was 'Black', and it featured JENNIE.

At that time, JENNIE was still training under YG Entertainment, but was one of the trainees who the agency saw a lot of potential in.

On the day when G-DRAGON was making a comeback with 'COUP D'ETAT' on SBS' music show 'Inkigayo', he prepared a special performance for fans.

It was to perform 'Black' with JENNIE on 'Inkigayo' stage.

G-DRAGON wore a black suit and JENNIE put on a black dress, and they beautifully sang the song together.

JENNIE seemed slightly nervous about performing on television for the first time, but G-DRAGON led her well with his many years of stage experience.

Under this video, a great number of fans have left comments such as, "Who's here after the dating news?", "Awww! They look so great with one another.", "Please just tell us you two are together!" and so on.