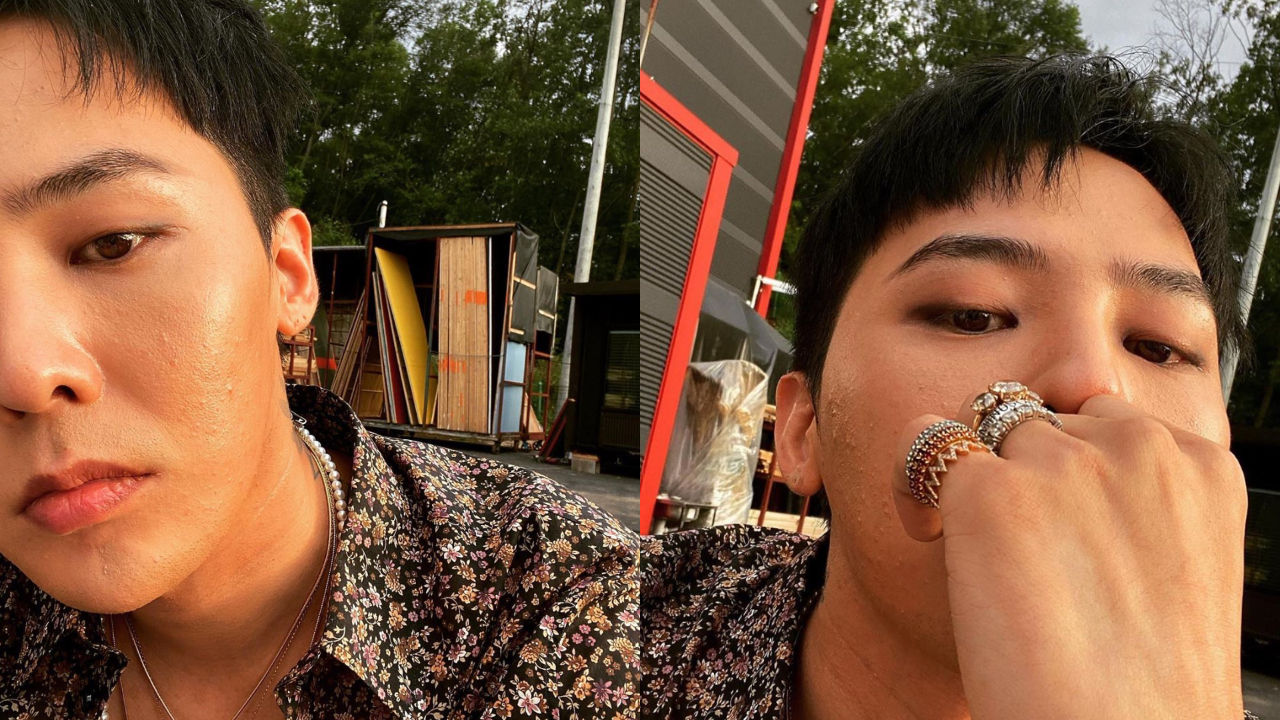 On July 21, G-DRAGON updated his personal Instagram with new photos of himself.

In the photos, G-DRAGON is seen wearing a floral shirt with dazzling rings on his fingers at a place that seems to be a filming set.

Along with the photos, the BIGBANG leader simply left the clapperboard emoji, raising everyone's speculation that he is shooting something for his return to the K-pop scene.

Meanwhile, it has been over two years since G-DRAGON and his fellow BIGBANG members made their comeback.

BIGBANG's last release was the song 'Flower Road' in 2018, a goodbye gift for fans ahead of the members' military enlistment.

The group was originally set to take on the stage of this year's 'Coachella Valley Music and Arts Festival', but the festival has officially been canceled due to the rapid spread of COVID-19.

▶ [SBS Star] 'Coachella 2020' Is Canceled; BIGBANG's Comeback Performance Is Canceled as a Result