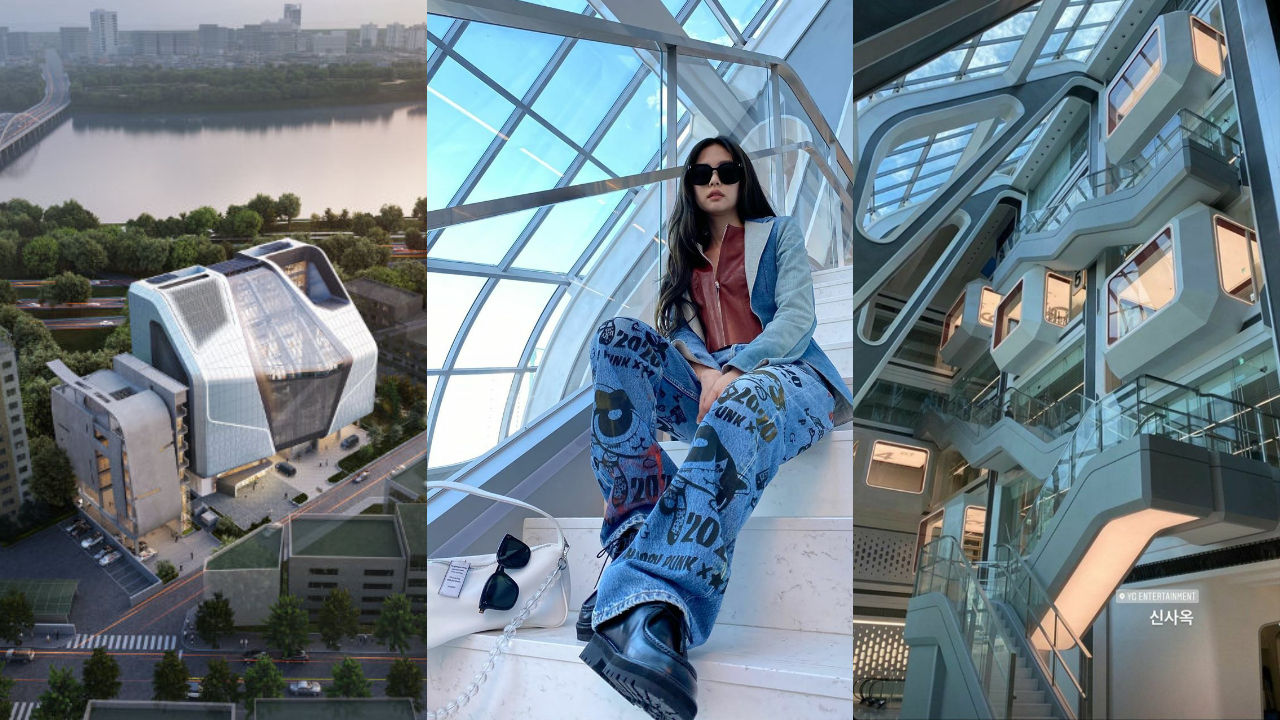 On October 18, JENNIE updated her Instagram with some new photos of herself.

The photos were of JENNIE sitting on the stairs with some products placed next to her.

Behind her, there was a huge glass wall of the building showing beautiful clouds in the blue sky.

Along with the photos, JENNIE wrote, "I'm filming a commercial here at the new YG Entertainment building."

Not too long ago, YG Entertainment announced that their new building had been completed.

Situated right next to their current building, the new building is a nine-story building with five additional floors underground.

This was the first time that inside of YG Entertainment's new building was shown.

Following the release of JENNIE's photos, another shot of the building's indoors was posted online.

Upon seeing these photos, fans wrote comments such as, "Wow, it looks so modern!", "The design is pretty futuristic, don't you guys think?", "The new building looks super nice!" and so on.