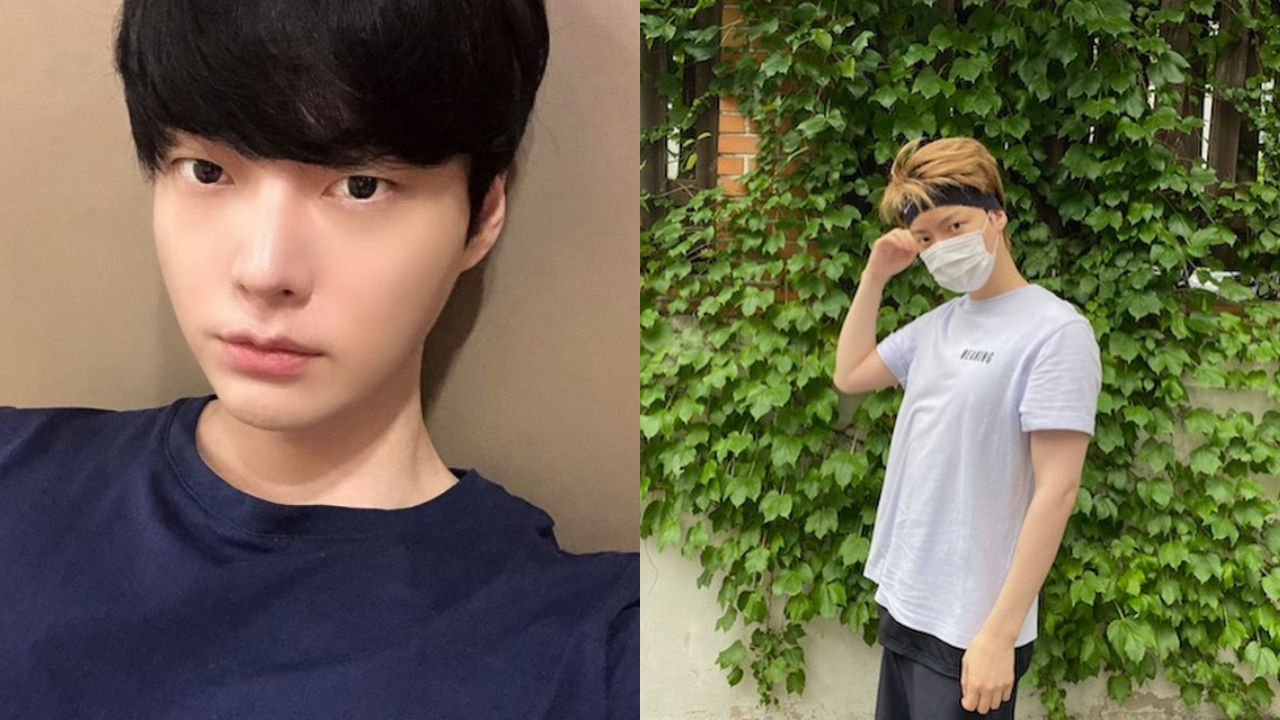 Actor Ahn Jae Hyeon updated his social media for the first time after his divorce with actress Koo Hye Sun.

In the photos, the actor is seen posing in front of a wall full of greens with a headband and a casual t-shirt.

Although he was wearing a mask on, Ahn Jae Hyeon's good looks stood out in the photos as he changed his hair color into bright yellow.

Fans flooded Ahn Jae Hyeon's social media with comments like, "Oppa, you look like an idol group member.", "That yellow color suits your fair skin so well.", "Glad to see you're doing well!", and more.

After they both agreed to end their marriage through a divorce mediation, they shared a statement through their legal representatives, saying, "The two will each walk on their own paths, and they will wish the best for each other's future."