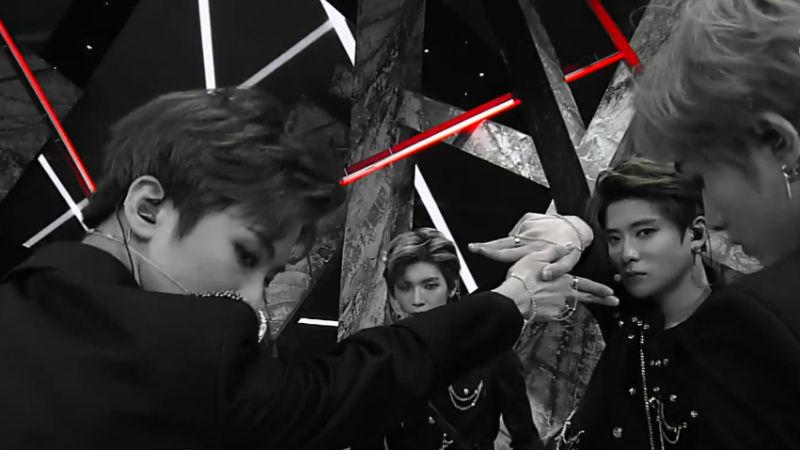 On February 25 episode of SBS 'Inkigayo', NCT U performed to its latest song 'BOSS'.

'BOSS' by NCT U is the first track of the NCT's album that is planned to come out on March 14.

It is a dynamic, electro-hip hop track about being leaders, and features lyrics written by its members MARK and TAEYONG.

Unlike the group's casual clothing worn during its performances in the past, the members appeared on the stage with a sleek uniform-like outfit this time that highlighted their manliness.

The performance of 'BOSS' is so fascinating that nobody can only watch it once.

NCT debuted in 2016 under SM Entertainment, and the group is currently comprised of three subunits―NCT U, NCT 127, and NCT DREAM.

Recently, NCT added three new members―LUCAS, JUNGWOO and KUN to the group, bringing the total number of members to 18.

See if you agree on NCT U being the 'BOSS'!