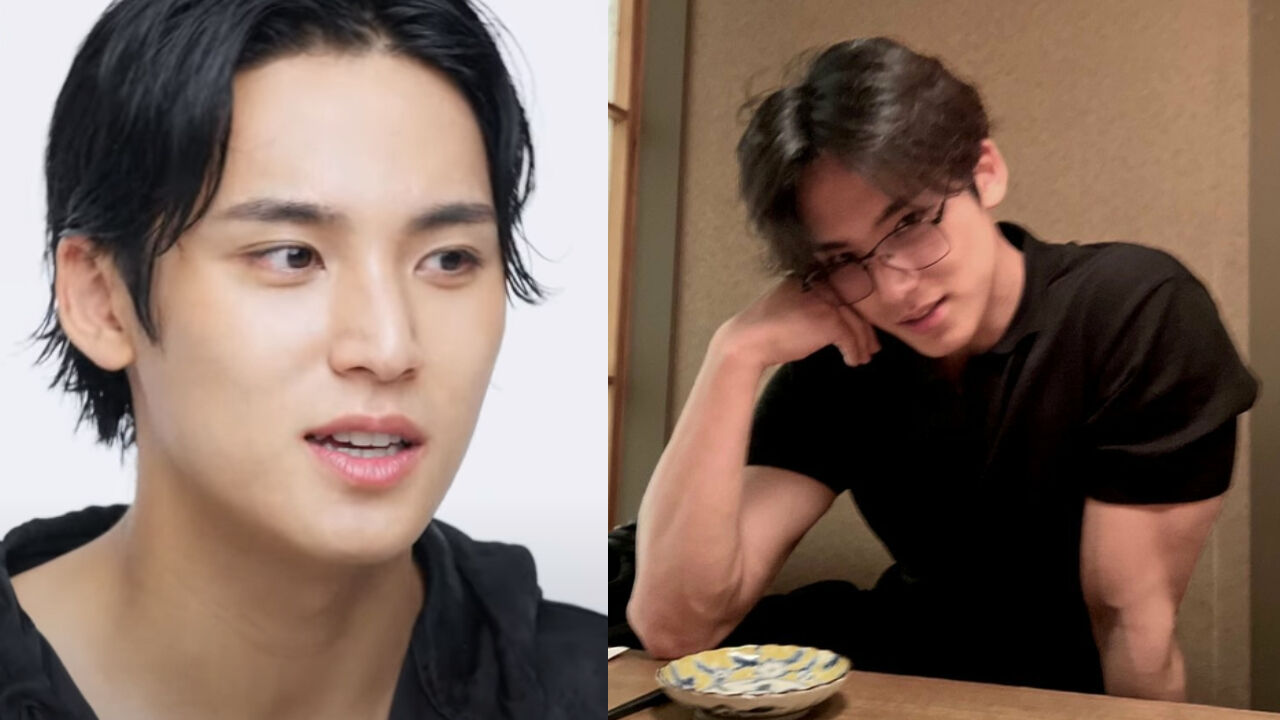 MINGYU of K-pop boy group SEVENTEEN revealed how his "hot" photos came into the world.

On September 27, a video of MINGYU was uploaded on one fashion magazine's YouTube channel.

In this video, MINGYU was asked about his posts on Instagram, because they are always much talked-about among K-pop fans due to the photos being the most ideal boyfriend shots.

One of the posts that the production team brought up was a post that he uploaded back in June that went completely viral online.

The photos were of MINGYU at a restaurant before his food came out, wearing a pair of glasses and black collared shirt.

They were taken in various angles, with MINGYU posing differently in each one.

The main reason these photos went around all over the Internet was because of MINGYU's good-looking appearance as well as his thick and muscular arms.

When asked if MINGYU knew that those photos were the hottest photos online for a while, he shook his head and said, "No, I had no idea about that."

MINGYU continued, "On this particular day, I happened to be with JEONGHAN. So, I told him, 'I've taught you the skills, haven't I? Use them today! Take photos of me from different angles. "I used to say that he took like 420 photos of me, but in real life, there were like 170 to 180 photos. I counted them. I liked the photos that he took; I approved of his skills. I also felt thankful that JEONGHAN's tried his best, and the fact that his outcome turned out to be great."

He laughingly went on, "Actually, after I uploaded this post, many people around me texted me saying, 'Oh, you've become much muscular. You've become fit.' It was because the photos were taken only about 10 minutes after I had worked out."