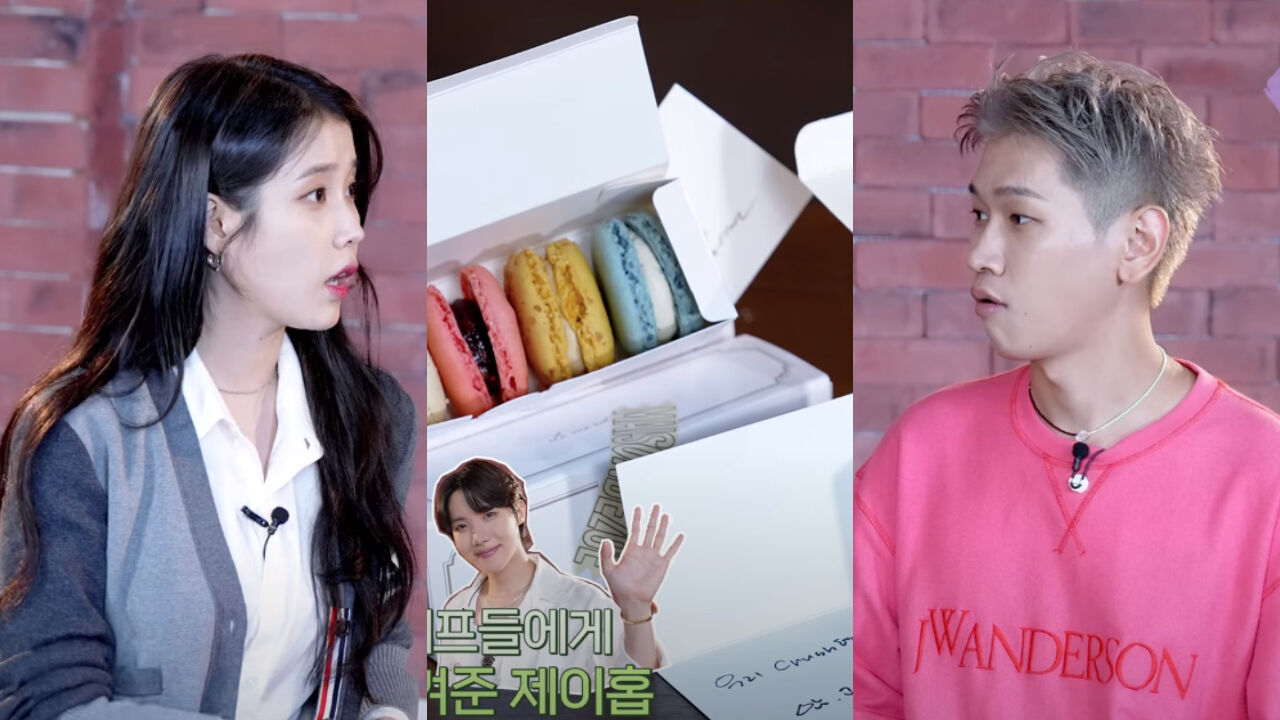 It has been revealed that J-HOPE of K-pop boy group BTS sent singer Crush, K-pop artist IU and the production staff of 'Palette' a gift, because Crush was making an appearance on 'Palette'.

In this episode, IU and Crush discussed his new single 'Rush Hour' that J-HOPE featured in.

IU said, "Oh, J-HOPE sent us a special gift as you were making your first-ever appearance on 'Palette', didn't he?"

Crush answered right away, "Ah yes, he did, indeed. He sent me a bouquet of flowers and chocolate 'crushed' cake today. Seriously though, J-HOPE impresses me more and more every time. I could just see why he's made it that far―the reasons why he became so successful, you know."

He continued, "He actually texted me at like 1:50 in the morning today. I was asleep then, so I checked his texts this morning. It turned out that he had been studying about me until that time; he watched my performances and even those YouTube videos that I featured in."

He added, "J-HOPE was like, 'I watched some of your past videos to find more about you, since we're releasing a song together.' I was amazed. Then, he took me by big surprise with his gift here once again."

IU responded, "Wow, that's really impressive. Yeah, J-HOPE asked how many members were part of the team 'Palette', and prepared a gift for each one."

Crush's eyes widened in surprise, as if he only knew about J-HOPE's gift to him, and asked, "The whole team? Each of them?"

IU answered, "Yeah, the whole team and each one of them! He told us, 'Please treat Crush well today.'"

Crush commented, "What? Really? What does that make me? I didn't bring anything with me.", then sighed.

IU laughed and stated, "Well, that got me thinking that you must be an incredible person, Crush. If you weren't a good person to him, he wouldn't have done this for you. So, you must be amazing yourself."

At the end of this topic, the production team showed a photo of macaron sets and little cards that J-HOPE had sent them.

On the little cards, J-HOPE wrote, "Please give your much attention to my Crush hyung, and his song too. Thank you. -Your hope."