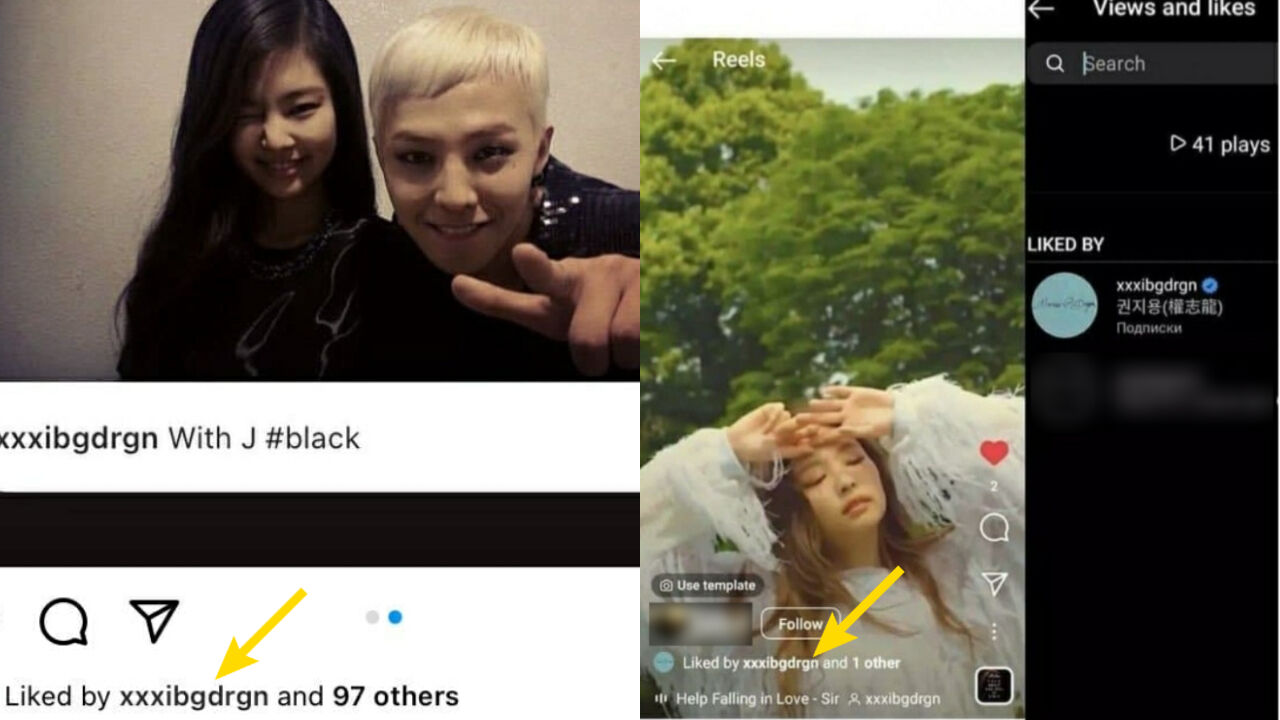 G-DRAGON of K-pop boy group BIGBANG was spotted 'liking' a past photo of him with JENNIE of girl group BLACKPINK that a fan shared on Instagram.

On September 21, an interesting post was uploaded on a popular online community.

The uploader stated that G-DRAGON has been 'liking' photos of JENNIE on Instagram, and attached some screenshots to prove it.

At the end of last month, one fan account that particularly ships G-DRAGON and JENNIE uploaded photos of the two taken years ago.

In the photos, the two stars were posing next to each other, pulling playful faces.

These photos were initially uploaded by G-DRAGON in 2013 after their special collaborative performance 'Black' on SBS' music show 'Inkigayo'.

Along with the photos, the fan wrote, "J since.... #jendragon #jennie #gdragon"

With a screenshot showing G-DRAGON's official Instagram 'liking' the post, the fan wrote, "I didn't tag him, but he 'liked' it."

Actually, this is not the first time G-DRAGON 'liked' JENNIE's photos, he also 'liked' a fan-made video of JENNIE in July.

Back in February last year, it was reported that JENNIE had been in a relationship with G-DRAGON for about a year.

At that time, their agency YG Entertainment stated, "We cannot confirm the news, as it's their private matter. Thank you for your understanding."

The agency's vague response got many to believe the news to be true.

It was assumed that they broke up when G-DRAGON stopped following JENNIE on Instagram earlier this year.

Currently, JENNIE is allegedly in a relationship with another boy group BTS' member V.

Even though it has been months since words and photos of JENNIE and V began circulating the Internet, their management agencies are still remaining silent on the matter.