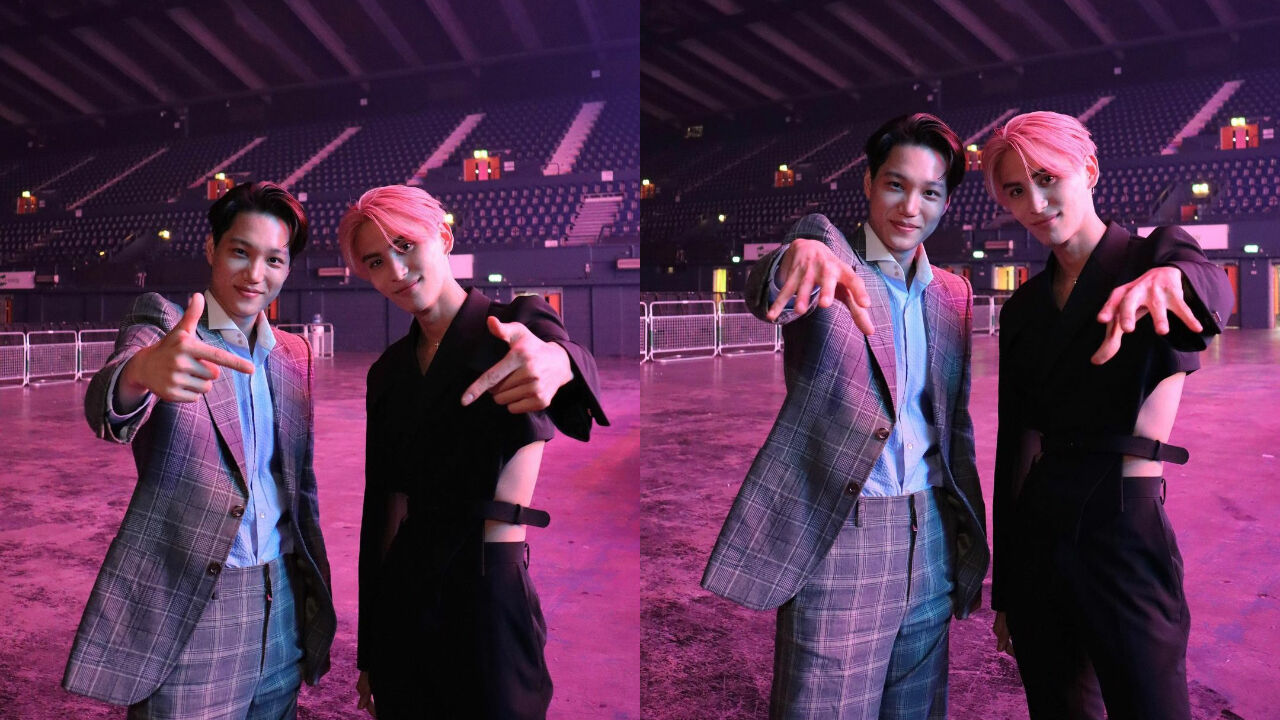 In the post, there were photos of him posing with KAI at an indoor area in London, the United Kingdom, where they went to perform for a festival 'HallyuPopFest 2022'.

Along with the photos, YOO TAE YANG wrote, "So happy today! Thank you, KAI! It's been such an honor."

He resumed, "As your fan, I'll be supporting you at all times. Thank you for your time."

YOO TAE YANG is known to be a big fan of KAI; previously, he revealed that KAI was his role model.

In one interview, YOO TAE YANG also said to KAI, "Teach me how to dance better, KAI. Do contact me please!"

Every time EXO or KAI's new music comes out, he would always cover the performance.

He even went to their concert after going through the fierce ticketing competition in the past as well.

After seeing this update on YOO TAE YANG's Instagram, K-pop fans left comments in excitement, "Oh, how exciting! They finally met!", "I'm sooooo happy for YOO TAE YANG!", "Awww! This is a total dream come true!" and so on.