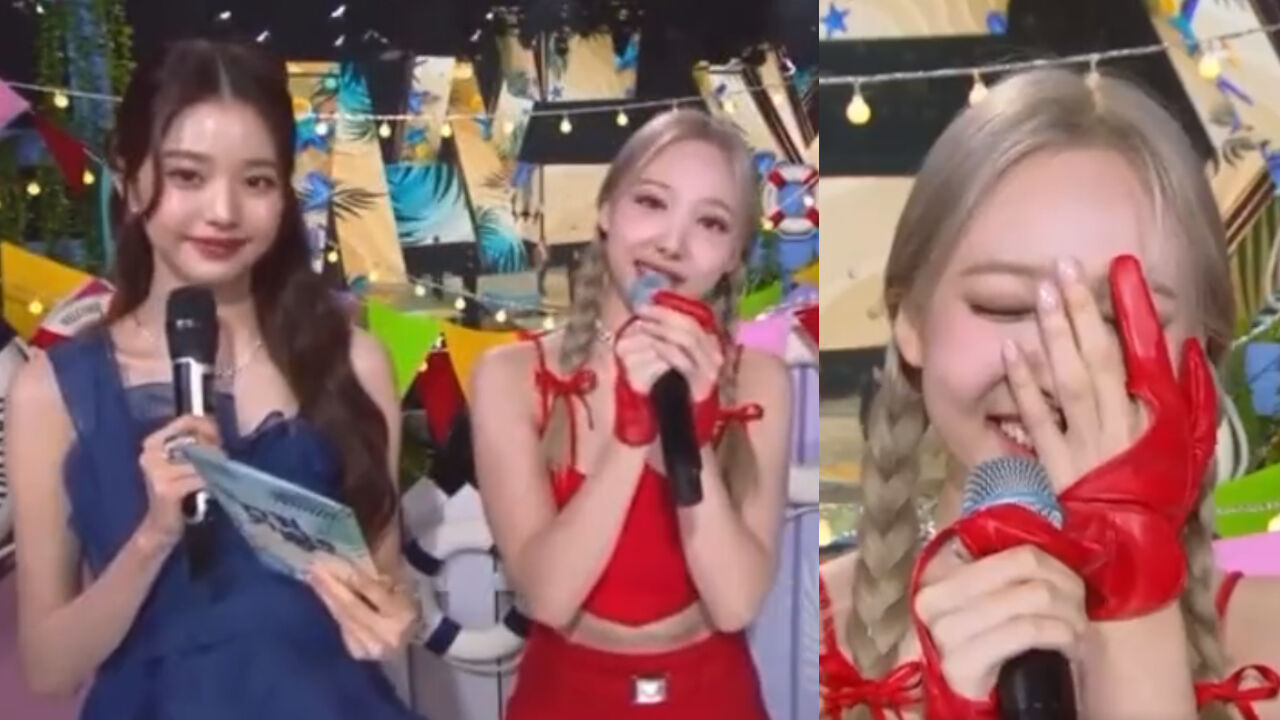 WONYOUNG of K-pop girl group IVE helped NAYEON of girl group TWICE with her lines as she was seen struggling as a special host.

On this day, she performed her title track 'POP!' at KBS' music show 'Music Bank'.

She hosted the show as a special host alongside the original hosts WONYOUNG and SUNGHOON of boy group ENHYPEN as well.

After she came up on the stage for the hosts, NAYEON shared how she felt to be making her solo debut.

NAYEON said, looking nervous, "I'm excited. My fellow members sent me a snack truck to show their support to me as well. I'm looking forward to it...?"

She suddenly looked confused and covered her face, seeming she was not meant to say, "I'm looking forward to it." and also forget what she was going to say.

This was when WONYOUNG commented, "Were you happy?", which NAYEON responded with a big smile and stated, "Ah yes, I was happy."

Then, she blushed in embarrassment and burst out laughing.


Following that, each host had to inform the audience and viewers what performances are coming up next.

When it was NAYEON's turn, WONYOUNG slightly tilted her cue cards towards NAYEON so that she could catch a glimpse of them if she forgets her lines.

Thankfully, NAYEON managed to finish her sentence by herself without the help of cue cards, but it is thought this was still very sweet and thoughtful of WONYOUNG to do that for her.

WONYOUNG tried to help NAYEON as much as she could, since she could tell how nervous NAYEON felt, and this is making all K-pop fans smile.