- 대메뉴 리스트
[SBS Star] So Jisub Says, "If It Wasn't for Kim Woo Bin, I Wouldn't Have Been Able to Finish Filming This Movie"
라이브 제보하기

[SBS Star] So Jisub Says, "If It Wasn't for Kim Woo Bin, I Wouldn't Have Been Able to Finish Filming This Movie"

[SBS Star] So Jisub Says, "If It Wasn't for Kim Woo Bin, I Wouldn't Have Been Able to Finish Filming This Movie" 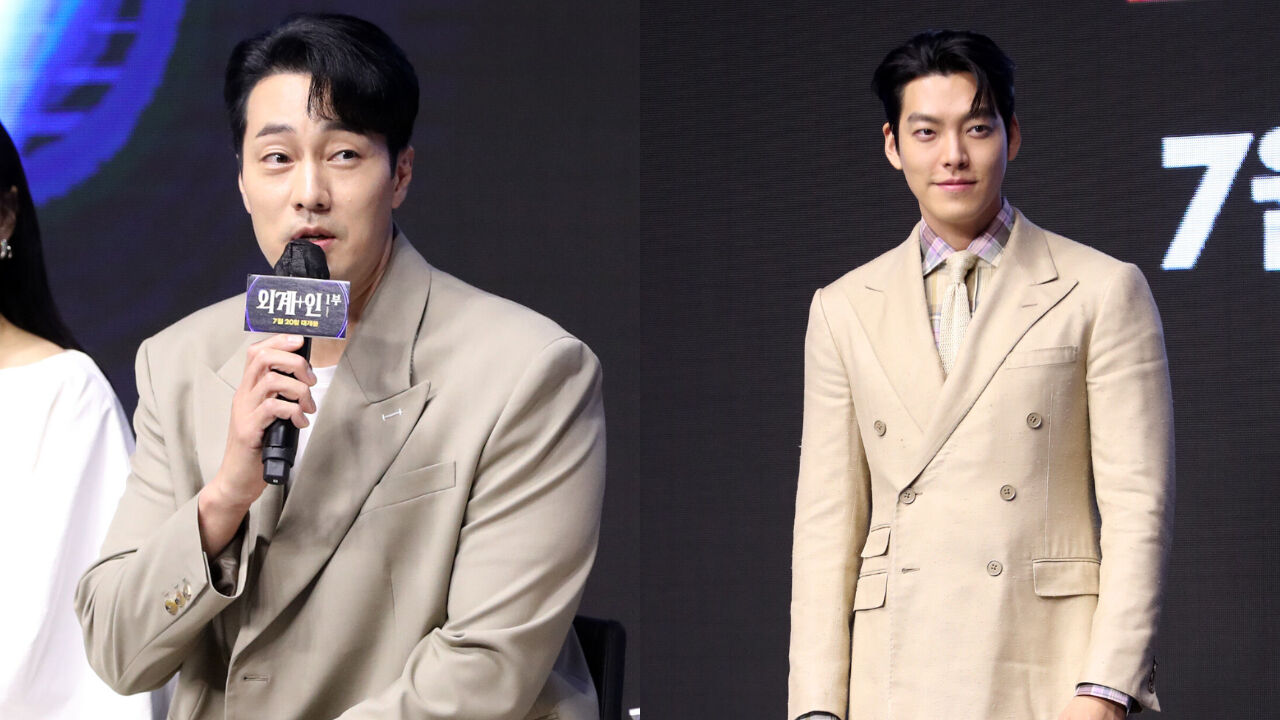 Actor So Jisub expressed his gratitude to actor Kim Woo Bin for being his great support while they were filming their new movie together.

On June 23, a press conference for an upcoming sci-fi movie 'Alienoid' took place at one hotel in Yeouido, Seoul.

During the press conference, So Jisub shared how uneasy filming 'Alienoid' was.

So Jisub said, "When I usually read a script, I can imagine the story in my head, but that was hard for 'Alienoid'. I kept asking myself, 'Is that really possible?' I couldn't see how it would turn out to look like in the movie."

He resumed, "But visual effects director Choi Dong-hoon directed me well. I had a storyboard that helped me as well. But I did feel quite lonely filming solely with the green screen all the time. Just as when I was about to get too lonely, Woo Bin joined me. I couldn't be happier."

He continued, "He usually filmed from an area far from me, and there were times when I didn't get to see him at all. Every time I saw him though, I got that energy to get through the shooting. I no longer felt lonely. If it wasn't for Woo Bin, I probably wouldn't have been able to finish filming this movie.", then laughed.

Upon hearing So Jisub's words, Kim Woo Bin burst out laughing and said, "It was the same for me, actually."

The actor went on, "Before I joined Jisub's location, I was filming somewhere else by myself. I felt lonely there too. Whenever I saw Jisub from the distance, I could sense my mind going into this peaceful mode."

He added, "Jisub has broad shoulders, you know. Although he was far away from me most of the time, his broad shoulders made me feel like he was someone I could lean on if I ever needed to."

Meanwhile, 'Alienoid' is expected to hit the theaters on July 20.