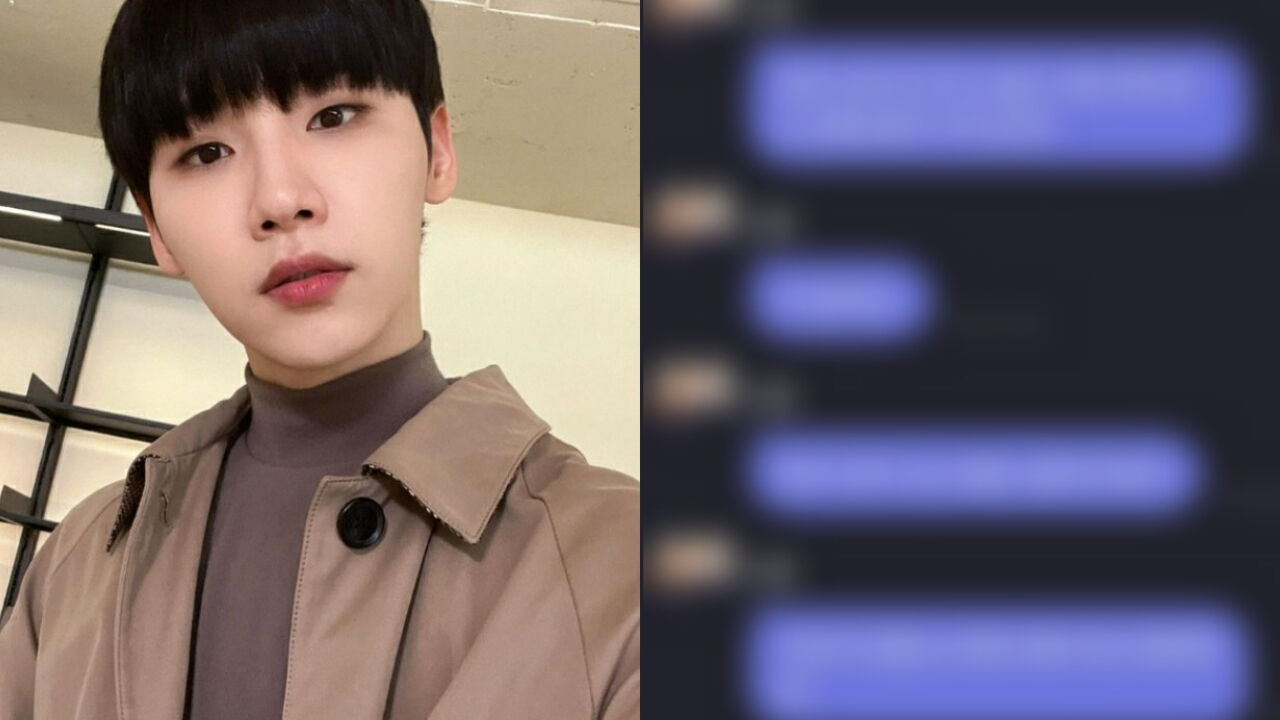 JEON WOONG of K-pop boy group AB6IX shared a smart and hilarious tip to hang up on someone without hurting their feelings.

While they talked together, JEON WOONG saw one fan's message asking him, "JEON WOONG, do you know a way to hang up on somebody without hurting them?"

To this, JEON WOONG said, "Somebody asked me this question, and I know a way. Shall I share my tip with you? I use this tip like all the time."

It was to pretend like his staff unexpectedly told him that it was his turn for something, and he was responding to the staff.

There was a major downside to this tip though―no fans had made debut like him that they cannot use it.

The downside was explained by JEON WOONG himself as well, "But you've got to make debut in order to use this tip."

Upon reading this cleverly amazing but hilarious tip, fans could not stop laughing.

They left comments such as, "It's so funny imagining him doing that, but it's not very useful for us, I believe LOL.", "Thank you for the tip? LOL", "Okay, the only thing I've got to do is to make debut now!", "Haha here's another reason why I need to make debut!" and so on.

But they also laughingly worried that now that his tip was disclosed, he may not be able to use the tip anymore.