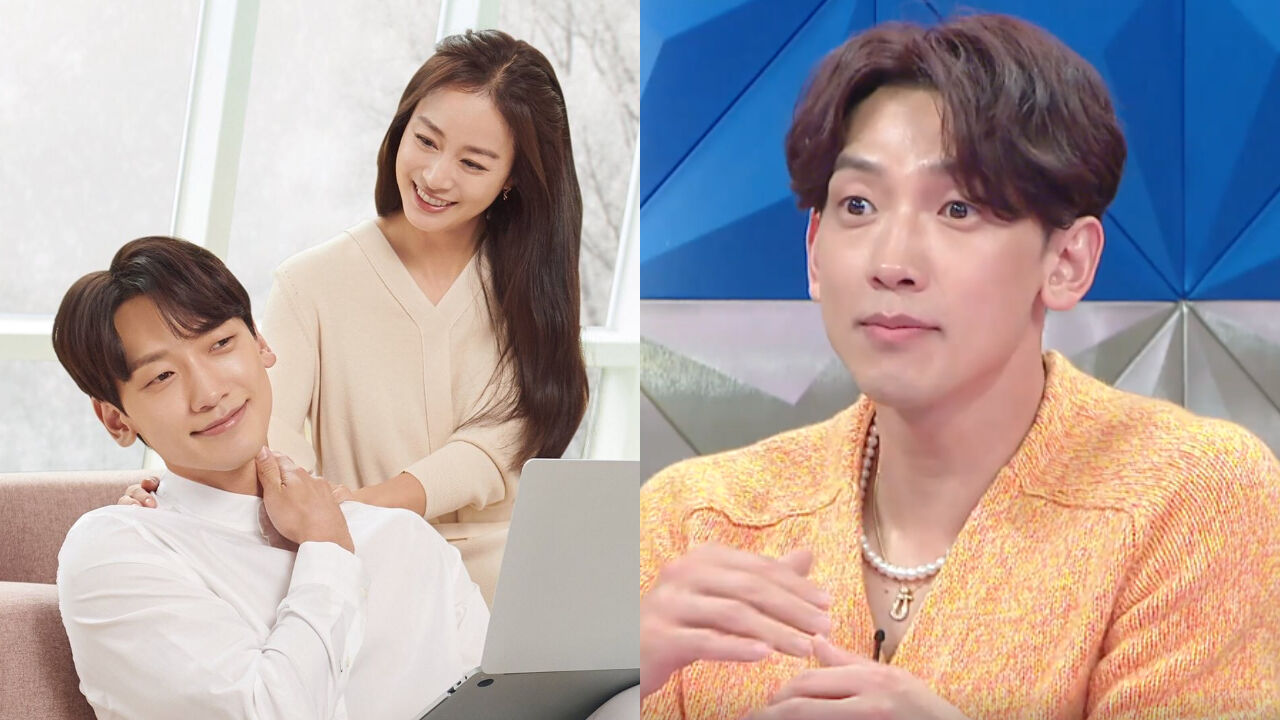 Singer RAIN shared that his wife actress Kim Tae-hee does not interfere in his work.

On May 11 episode of MBC's television show 'Radio Star', RAIN made a guest appearance.

During the talk, the hosts mentioned RAIN's famous work from the past―'Where Are You Going, Oppa'.

'Where Are You Going, Oppa' is a song made by RAIN featuring K-pop artist HyunA, released in February 2014.

It did not gain much attention back then, but a lot of people recently started listening to it again after it was discovered it contained uniquely-funny lyrics.

Even HyunA previously said about the song, "It's a song that my boyfriend DAWN listens to when he wants to laugh."

'Where Are You Going, Oppa' begins with HyunA singing, "Oppa, oppa, where are you going, oppa. Come here and play with me, oppa. Listen to me, oppa. You'll die alone if you just keep working like that. You need to have fun. Have fun with me, oppa."

To talk about the song in more details, the host of 'Radio Star' Ahn Young-mi brought a big panel with the lyrics of 'Where Are You Going, Oppa' written on.

As soon as RAIN saw this, he burst out laughing and told her not to show it, blushing in embarrassment.

Ahn Young-mi sang HyunA's part, and RAIN sang, "Oh, why? I'm busy.", then stopped and laughed as if he could not sing it anymore.

He laughingly commented, "I actually forget how it went next as well."

Then, another host Kim Gu-ra asked RAIN, "I'm just curious, but what does your wife say about this song?"

RAIN answered, "In point of fact, my wife doesn't interfere in my work in any ways, so... Yeah..."

Kim Gu-ra responded, "Why don't you ask her about it tonight though? Maybe she doesn't know this 'Oppa, oppa' song."

RAIN said with a big smile, "Ah, okay. I might as well go and teach her the song tonight."