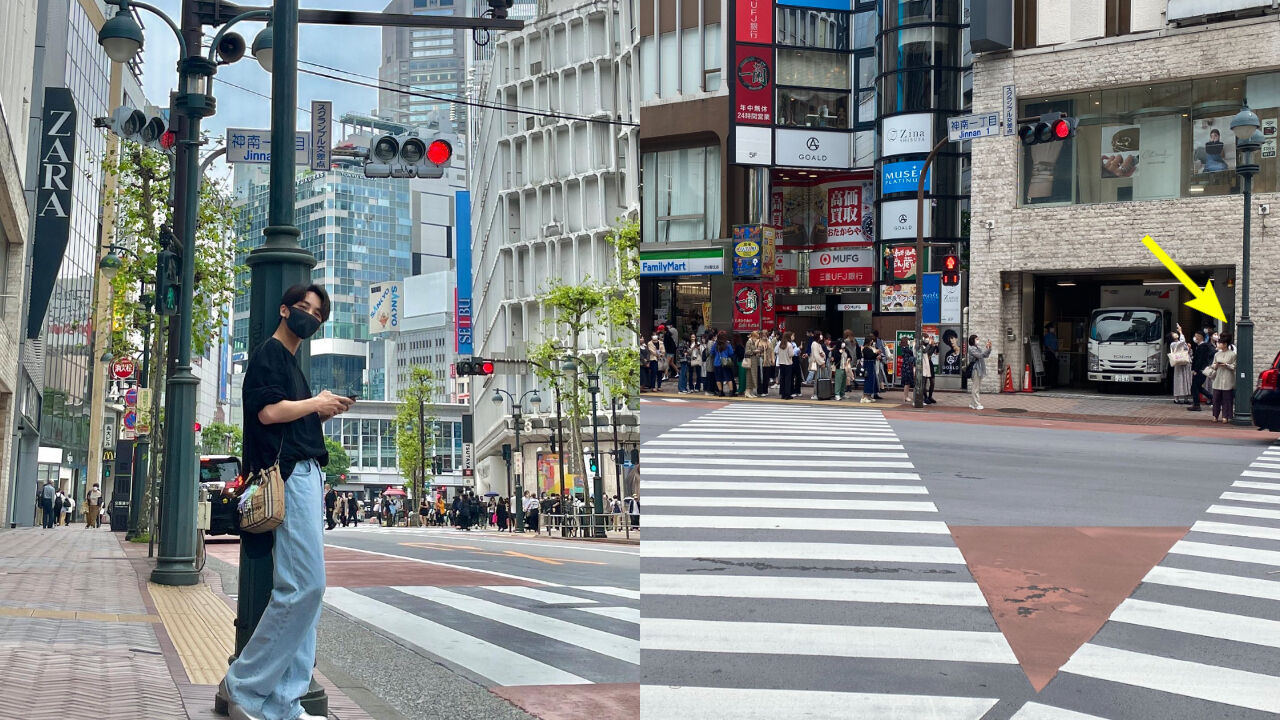 Japanese fans were seen lining up on the street just to take photos on the same spot as JEONGHAN of K-pop boy group SEVENTEEN.

On May 7, JEONGHAN updated his Instagram with two new photos.

In the photos, JEONGHAN was seen standing beside a streetlight in front of one crossing in Shibuya, Tokyo.

It looked like he was using his phone while waiting for the traffic lights to change.

Shibuya is always full of people―it is the go-to neighborhood for entertainment, shopping, fashion and cuisine, and it is one of the most popular areas of Tokyo.

But this particular spot certainly was not anywhere that special up until JEONGHAN took his photos there.

Immediately following the upload, countless CARAT (the name of SEVENTEEN's fandom) visited the spot to replicate his photos.

So many people gathered around the streetlight, and even a long line ended up being formed in front of it later on.

SEVENTEEN is one of the popular K-pop boy groups in Japan, and this clearly showed how popular SEVENTEEN and JEONGHAN are in Japan.

Currently, SEVENTEEN is in Japan for their fan meeting 'SEVENTEEN 2022 JAPAN FAN MEETING―HANABI'.

The fan meeting took place at Saitama Super Arena, just outside of Tokyo on May 7 and 8.

The group managed to gather as many as around 60,000 CARAT to the fan meeting for the two days.