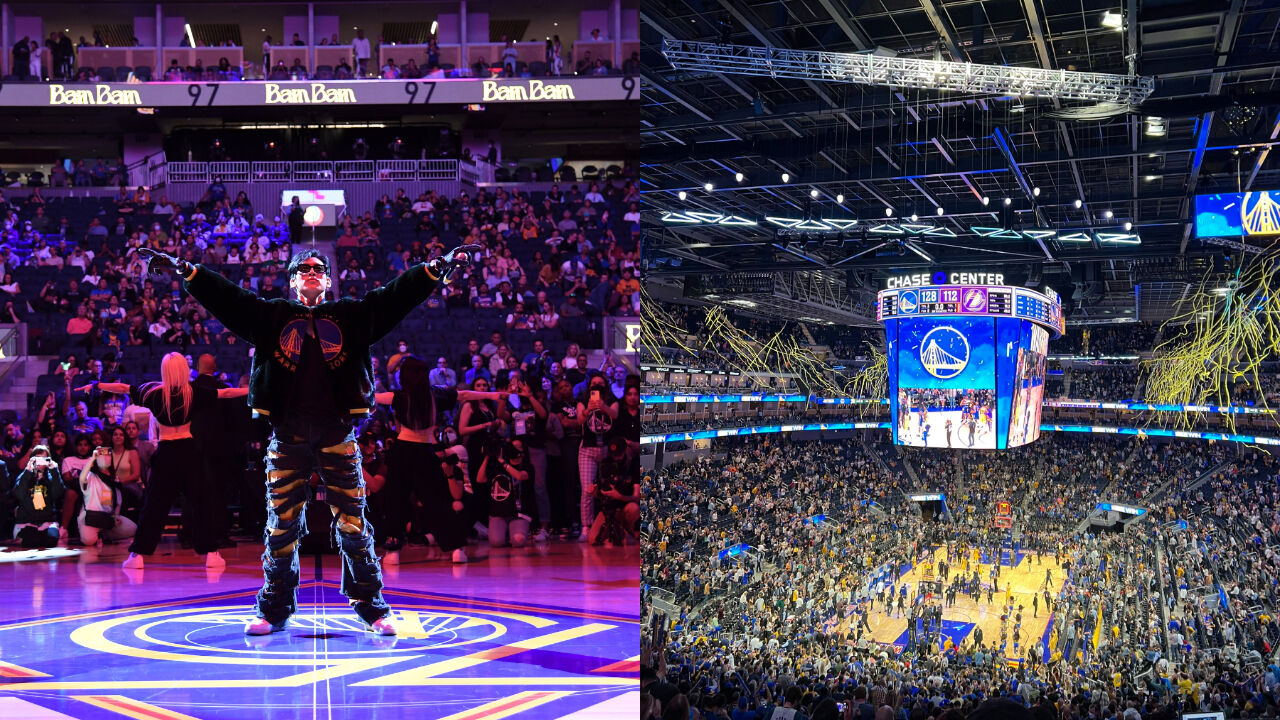 BAMBAM of K-pop boy group GOT7 performed at the Warriors' halftime show.

On April 7, the NBA finals between the Golden State Warriors and the Los Angeles Lakers took place at the Chase Center in San Francisco, the United States.

With the Warriors leading the Lakers at the break, BAMBAM put on a performance for the sold-out crowd of basketball as well as K-pop fans.


There was no stage, so BAMBAM performed at center court with his dancers surrounding him, rotating as they performed.

He performed for about 10 minutes, which included, 'Pandora', 'Ride or die' and 'Wheels Up' performance.

No other K-pop acts have ever performed at the NBA halftime show in the past―BAMBAM is the first-ever K-pop act to do so.

'Wheels Up' is actually an unreleased song that debuted during this performance at the Chase Center to commemorate the special occasion.


Earlier this year, BAMBAM was announced as a Global Ambassador for the Warriors, where his favorite basketball player Stephen Curry plays.

During his recent interview, BAMBAM was asked if he could name his preferred player in the league.

BAMBAM answered, "I'm going to have to say Stephen Curry. They're all good, of course, but then, you know, Curry, he kind of changed the whole game of basketball. So, I respect him for that."

Sadly, however, there was no Stephen Curry on the court on the day BAMBAM performed, as he continued to rehab a foot injury.

Fans are wanting more collaborations with BAMBAM and the Warriors, and hoping BAMBAM will get to meet Stephen Curry in the near future.