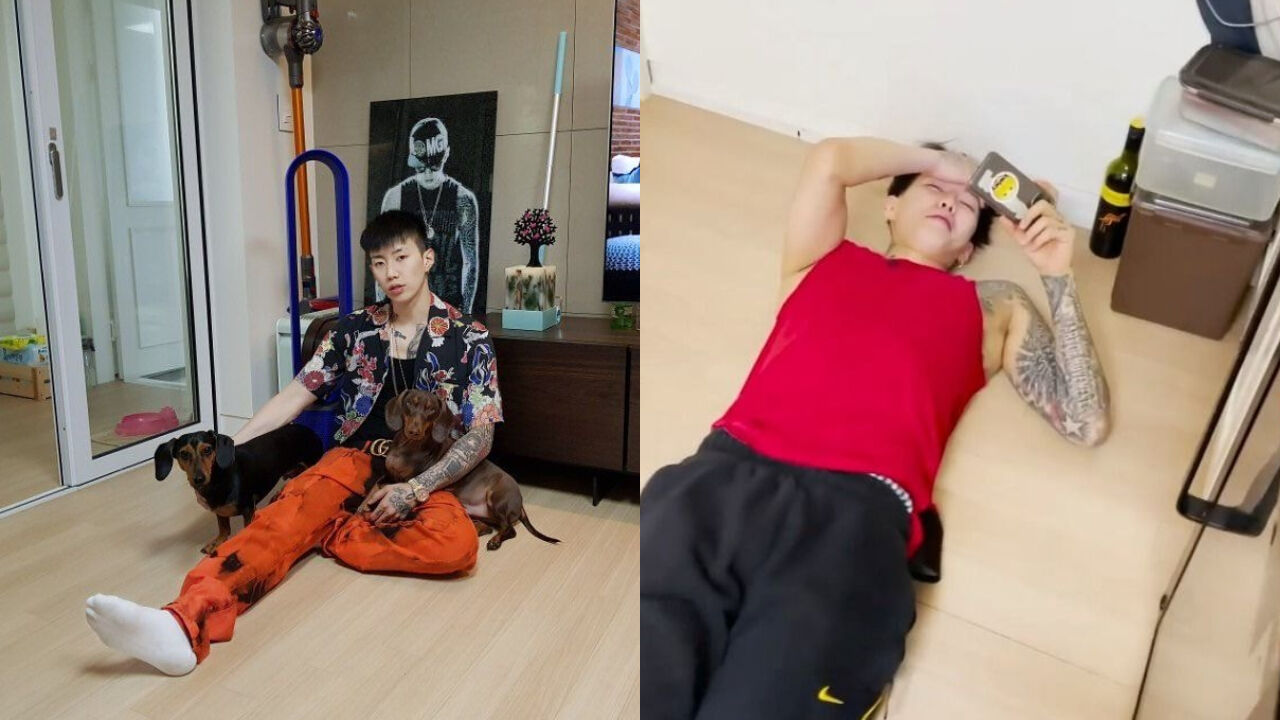 Everyone is surprised after finding out how Korean-American hip-hop artist Jay Park's house looks like.

As Jay Park is so successful, and known for his trendy senses, a lot of people assumed that he would live in a luxury penthouse with a trendy but unique interior.

However, it was recently discovered that Jay Park lives in a very ordinary-looking house, and many are surprised about this.

Just a while ago, one Jay Park's fan compiled photos of Jay Park at home which he had posted online in the past, and posted them on a popular online community.

In the photos, Jay Park's living room, kitchen, and bedroom were seen.

The interior surprisingly looked a little distant from being luxurious; it was closer to ordinary homes in Korea.

Furniture from a television cabinet to kitchen drawers seemed quite old-fashioned.

Even his duvet and his dogs' blankets seemed unstylish, which also seemed dated.

Jay Park does live in Apgujeong-dong―one of the most expensive areas to live in Seoul, but it was certainly unexpected that he decorated his house this way.

After seeing these photos, a great number of people said how his home looked much like their own home, and that they feel closer to Jay Park.