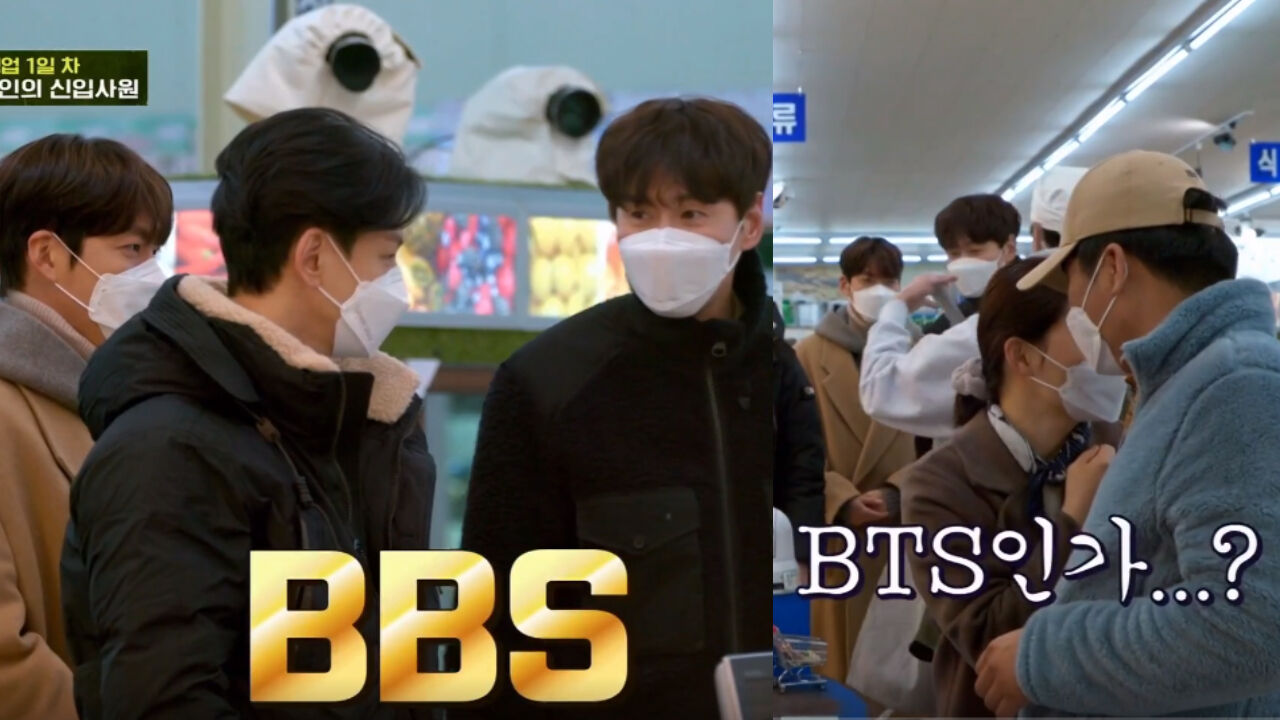 They came to a supermarket in the countryside where their good friends actors Zo In Sung and Cha Tae Hyun temporarily managed.

Kim Woo Bin, Lee Kwang Soo and Lim Ju Hwan were asked to be their part-time workers for the day.

While they were still greeting each other near the cashier, a middle-aged couple entered the supermarket to give Zo In Sung and Cha Tae Hyun a special gift.

As they prepared a gift for the part-timers as well, Kim Woo Bin, Lee Kwang Soo and Lim Ju Hwan came to say hi to the couple.

After seeing them, the male customer said, "Oh, we made these for the guests, who would work as part-timers here.", thinking that they were just regular customers.

Then, Zo In Sung and Cha Tae Hyun explained that they were guests.

However, they still could not recognize who they were; the female customer even asked the three actors, "Who are you guys?"

Zo In Sung pointed at the three part-timers and playfully said, "We don't know them very well, too. They're a new boy group. They just made debut."

He continued, "These guys are really popular in the States right now though."

The male customer, who looked like he was in his 50s, responded, "I don't know K-pop groups well. Are they BTS?"

In response to this, Cha Tae Hyun stated, "They're actually BBS. They were formed to beat BTS in the industry.", then laughed.