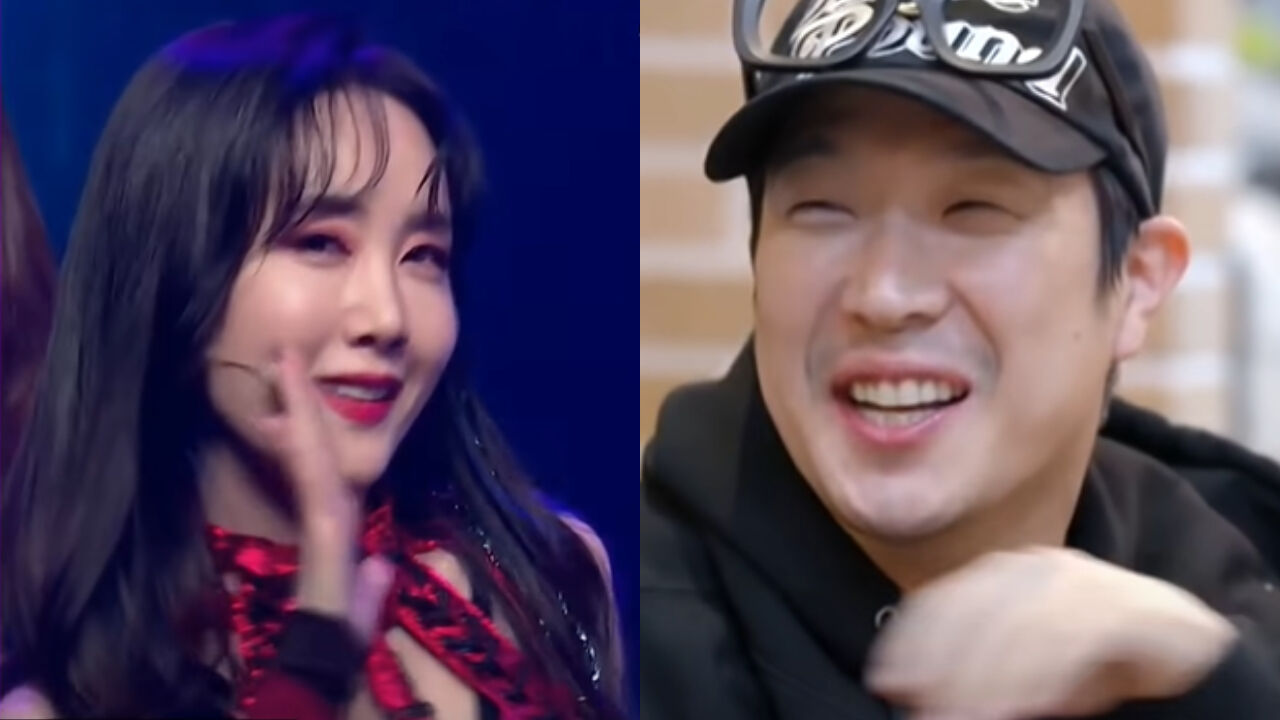 On the recent episode of tvN's television show 'Mama the idol', HAHA made a special appearance.

While the members of 'Mama the Idol' and HAHA talked together, they mentioned Byul's cover of 'Next Level' by K-pop girl group aespa.

Byul said, "HAHA and I happened to watch my 'Next Level' performance on television together. When the camera zoomed on me, HAHA smiled and looked at me."

She laughingly continued, "He was like, 'Who is that?' I had stage make-up on at that time, you know."

HAHA laughed and responded, "I only said that because I felt shy to make compliments."

Then, Kahi asked, "She was really pretty during that performance, wasn't she?"

HAHA nodded and answered, "Yeah, I actually watch the performance over and over before I go to bed these days."

As Byul shyly smiled, HAHA said, "It's because I really love this girl.", then pretended as if he was kissing her.

After that, HAHA playfully laughed and commented, "You all happy now? Let's have some drinks everyone."