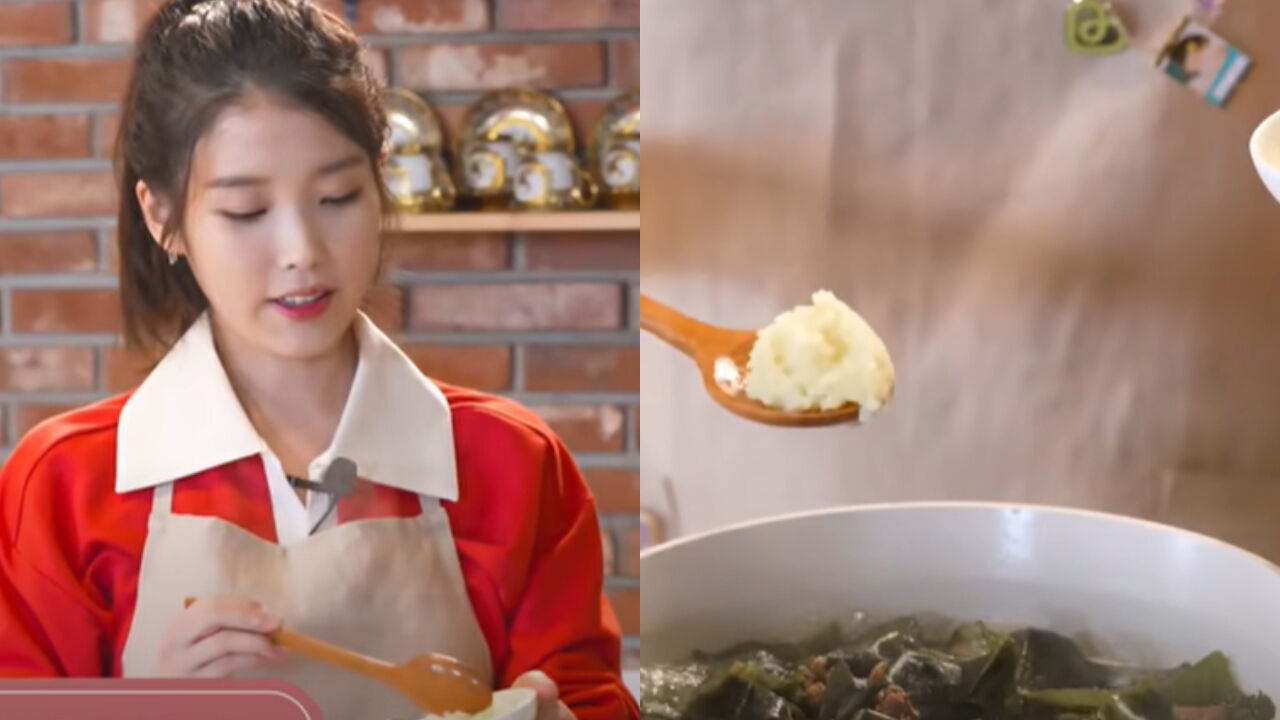 Many Non-Korean fans are surprised to see how much K-pop artist IU put in her soup despite not liking it.

Recently, one past video of IU resurfaced and circulated online.

It was a video where IU made different dishes in celebration of her 13th debut anniversary.

First, she made some seaweed soup, which is usually eaten on a birthday.

When she was adding flavors to the soup, she got ready to add minced garlic.

Then, IU commented, "Since I'm not a fan of garlic, I'm only going to add a tiny bit of it just to give a little garlic flavor."

As she said this, she scooped a large amount of minced garlic with a wooden spoon, then dumped it in the soup.

This particular part of the video made lots of non-Korean fans confused, because she said she did not like garlic, but put so much garlic in the soup.

Koreans are garlic lovers; Korea has the highest volume of per capita garlic consumption in the world, after China.

Their comments included, "That's a tiny bit? Wow...", "She's a true Korean!", "I wonder how much garlic an average Korean would put in their soup LOL." and so on.