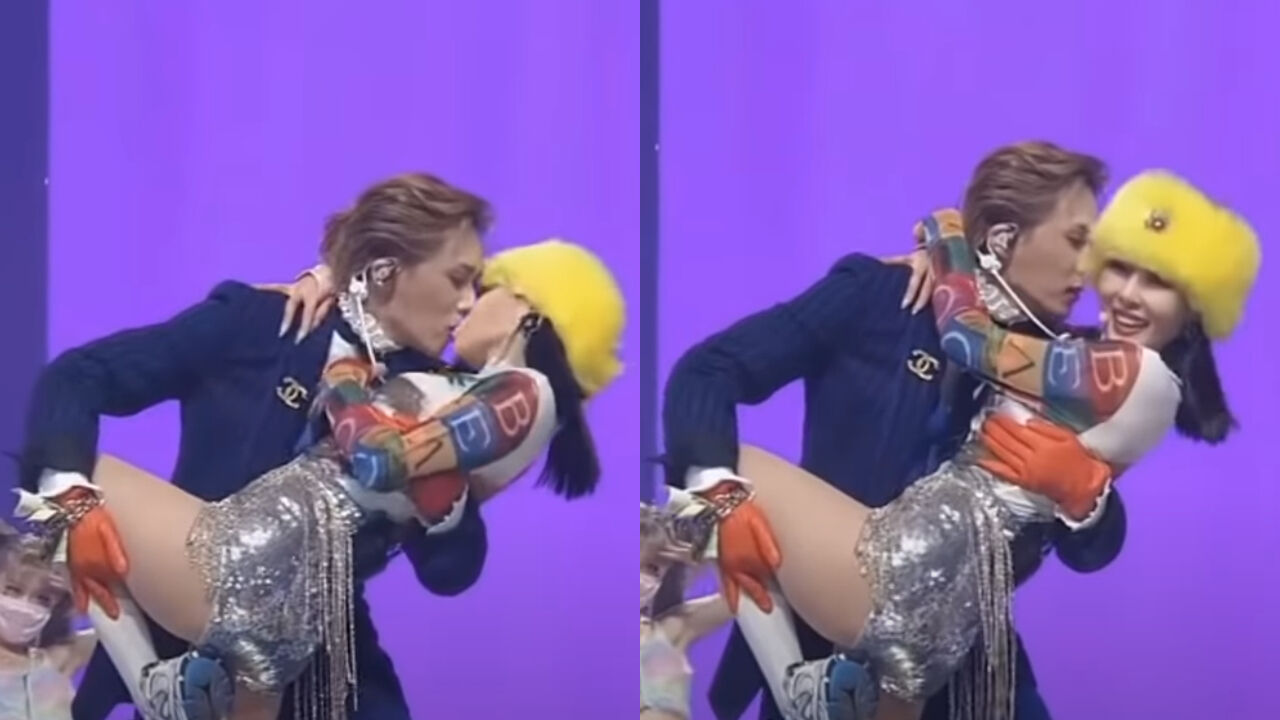 K-pop star couple HyunA and DAWN were spotted kissing each other during their performance.

In the second half of the event, HyunA and DAWN performed their duet song 'PING PONG' together.

As stage experts, they managed to catch the attention of everyone with an eye-catching performance.

Not only did they smoothly pull off the choreography, but also demonstrated their amazing chemistry.

It seemed like their 5-year relationship played a big part in elevating their already-incredible chemistry.

What made a lot of audience scream at the performance was their unexpected kiss.

Towards the end of the performance, HyunA walked to DAWN and fell into his arms and tilted her head back.

HyunA put her head back right away, and when she was doing so, she moved the microphone away from DAWN's face.

Then, she kissed DAWN and looked at the camera with a bright smile on her face.

HyunA and DAWN have been together since 2016, and made their relationship public in 2018.