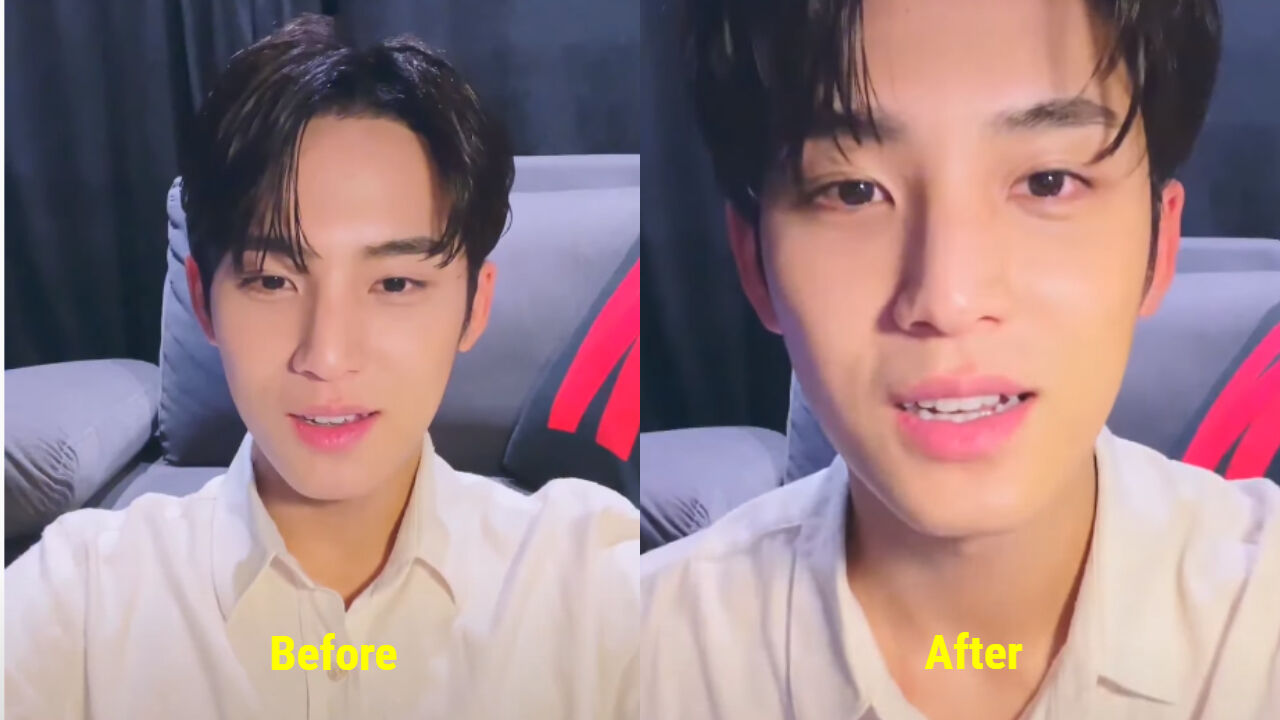 MINGYU of K-pop boy group SEVENTEEN removed his makeup during a live broadcast, but nobody can see the difference between his before and after-face.

Towards the end of the live broadcast, MINGYU gave a surprise gift to fans―showing them removing his makeup live.

It began with some fans' requests asking him if he could remove his makeup live.

In response to this, MINGYU commented, "I feel like my agency staff will call me if I do it without asking them. Hold on a minute, let me ask them if it's okay for me to do that."

After calling a staff, MINGYU stated, "I got confirmed by agency staff. Okay, I'm going to remove my makeup in front of you guys today then."

Then, he got up and returned with his makeup remover and cotton pads.

As he started removing it, he burst out laughing, as if he could not believe that he was removing his makeup with thousands of fans watching him live.

He removed his eye, skin and lip makeup, then said, "You can really tell that I've removed my makeup now, right?"

He then went close to the camera to show his face without makeup to fans for a bit, and laughed.

Then, MINGYU said, "Bye! I've got to go and wash my face now, so this will it today! I love you, and have a good night!"

Under this broadcast, fans left comments such as, "Ummm... You look exactly the same...?", "Did you really remove your makeup? I mean, there is no difference at all.", "Wow, I can't believe it! I guess this was the reason why your agency staff let you remove your makeup live!" and so on.