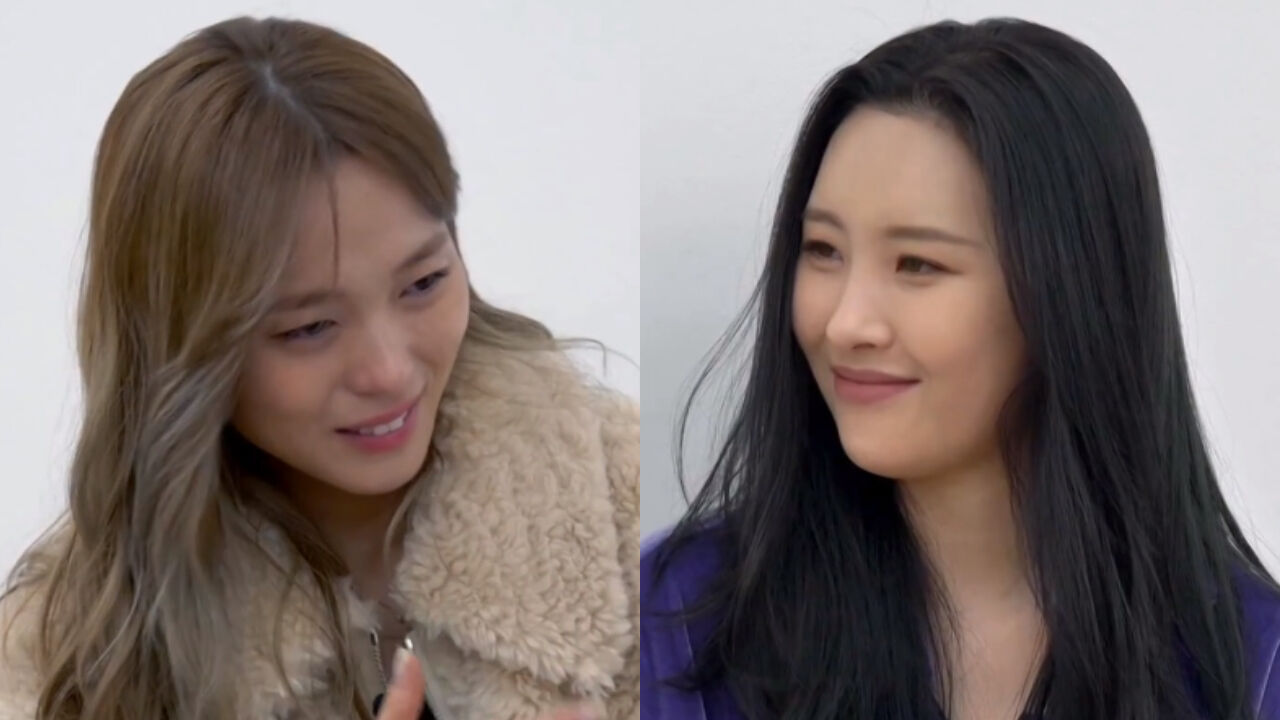 Seonye and SUNMI of disbanded girl group Wonder Girls were spotted sharing an emotional talk together.

On January 20 episode of tvN's television show 'Mama the Idol', Seonye and SUNMI met to practice their collaborative performance.

Before they began their practice, they sat down for a conversation about the past.

SUNMI said, "You have always been like a mother to me. You used to cook for me a lot when we were still trainees. I still remember that."

She continued, "Do you remember when I went on a concert tour in Canada by myself? You brought so much stuff with you then. After the concert, I went back to my hotel room, and unpacked the things you gave me."

She went on, "You made me kimchi fried rice and other Korean food. It was cold, but tasted amazing. I couldn't stop crying for some reason. I just felt really grateful, and it also brought back some memories from the past."

To this, Seonye said, "I know you went through some difficulties, but am so glad that you succeeded as a soloist after all that. I honestly thank you for that. I can see how hard you worked to succeed for your family."

She teared up and resumed with a shaky voice, "I'm upset, because I couldn't physically be there for you during that process. I've always felt guilty about that."

SUNMI comforted her and said, "We grew up in the similar sort of environment. That's why I cared about you more than others."

Seonye responded, "Yeah, it's the same for me. That's why I cared about you more than others as well. Thank you for knowing how I feel about you. I believe in you. I believe that you'll keep doing well, SUNMI."

In the beginning of 2013, Seonye made a surprise announcement that she was getting married, and officially left Wonder Girls in July 2015.

Following her marriage, she lived in Canada with her husband Korean-Canadian missionary James Park, and three daughters.