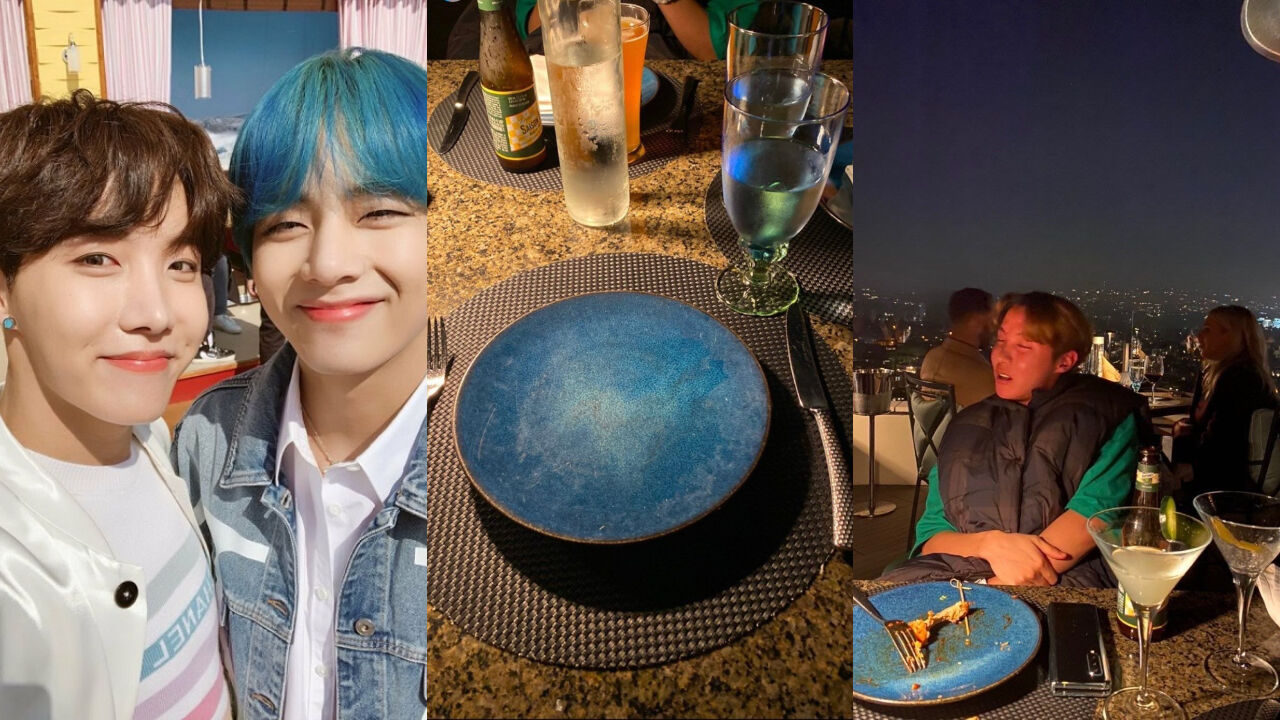 On January 13, V updated his Instagram with a new photo.

The photo was of a table with a plate in front of him.

On the other side of the table, there was another person, drinking a bottle of beer.

This person was wearing a green t-shirt and black vest.

Only a few seconds after V uploaded this photo, ARMY (the name of BTS' fandom) recognized who it was; it was J-HOPE.

Previously in February 2020, one photo of J-HOPE was uploaded on BTS' Twitter in celebration of his birthday.

It was a photo of J-HOPE wearing the exact same green t-shirt and black vest from V's recent photo.

In this photo, J-HOPE had a red face and sleepy eyes, looking totally drunk.

But V, who posted this photo, wrote that J-HOPE did not even finish a bottle of beer when this photo was taken.

At that time, V wrote, "Hey, why are you so drunk? You didn't even have a bottle!"

J-HOPE is known for his redness when he drinks, and ARMY could not stop laughing at these photos of J-HOPE.