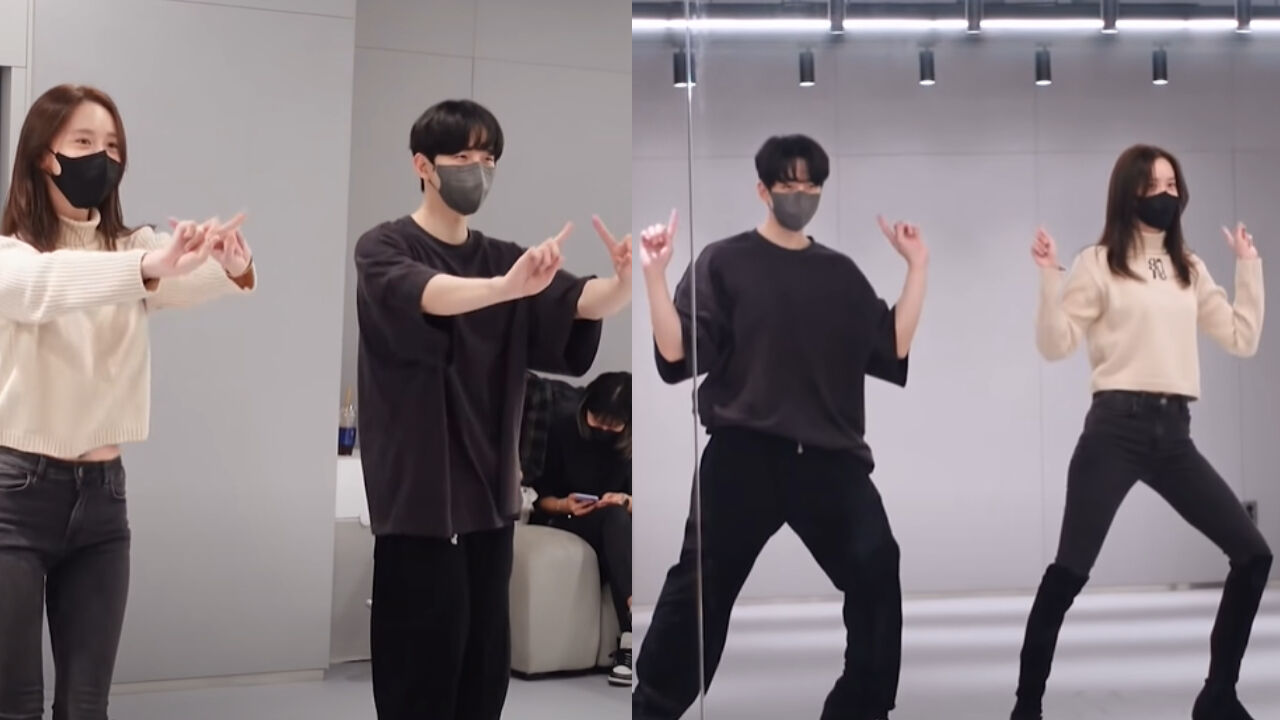 Yoona of K-pop girl group Girls' Generation and JUNHO of boy group 2PM were seen teaching each other the dance to their group's songs.

On January 13, Yoona updated her YouTube channel with a new video.

The video showed Yoona meeting JUNHO at a dance studio to practice 'Señorita' together.

Following some practice, Yoona and JUNHO sat down for a talk during a break.

JUNHO said, "We used to see each other a lot for work when we were young, but it's been a while. It's been like almost 10 years, I think."

Yoona responded, "Yeah, it's really been some time. Hey, how about you dance to Girls' Generation's song and I dance to 2PM's song? It'll be fun, don't you think?"

JUNHO answered, "Oh, our fans would love that. Let's try it!"

Then, Yoona got up and started dancing to 'My House' by 2PM.

As Yoona did not know the exact choreography, she asked JUNHO to teach her some moves.

Not long after, Yoona managed to learn the choreography, and they had a mini 'My House' performance together.

After that, Yoona taught him the dance moves to Girls' Generation's 'Holiday'.

But JUNHO was reluctant to raise his arms up high, as he was too shy about exposing his armpit.

So, Yoona decided to teach him the choreography for 'Lion Heart'.

JUNHO also learned it quickly, then they performed 'Lion Heart' together.

After their 'My House' and 'Lion Heart' lessons and performances, both Yoona and JUNHO laughingly said to each other, "Wow, you are a fast learner. Well, we're pretty experienced in this field now, so..."

Then, they high-fived one another and went back to practicing 'Señorita'.