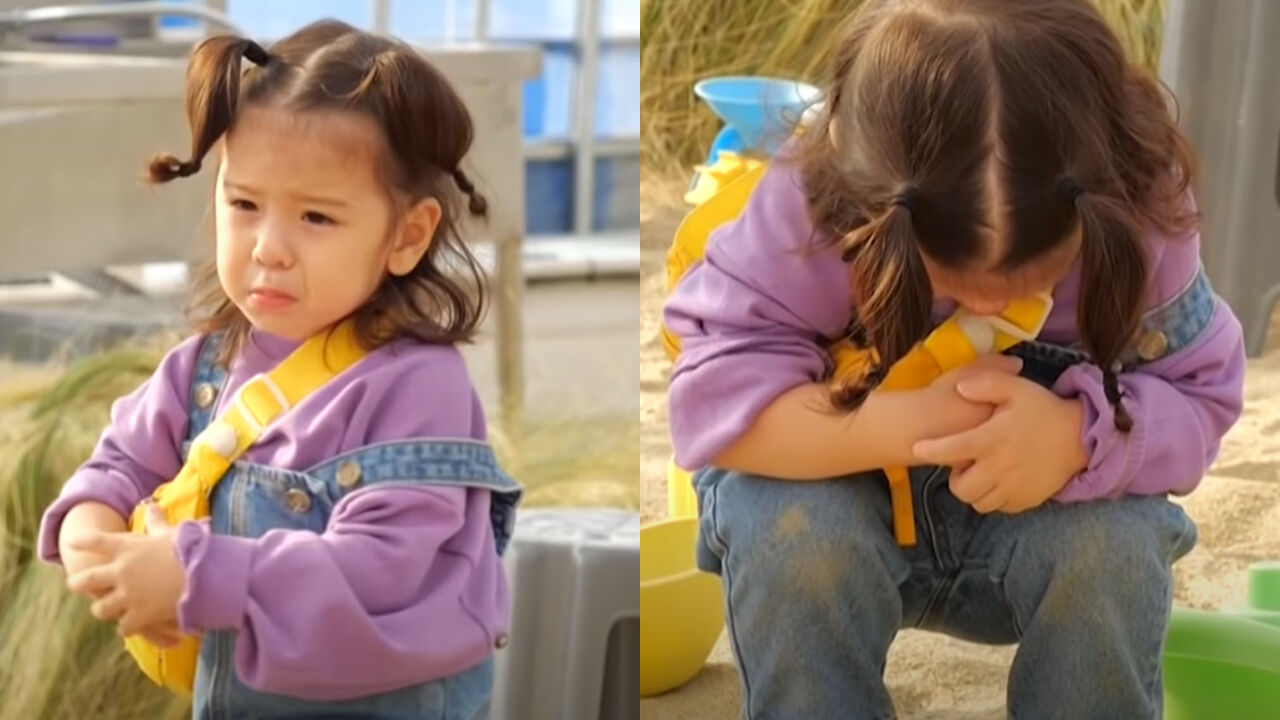 On January 10, KBS' television show 'The Return of Superman' unveiled a recent unreleased footage on YouTube.

The video showed the three children of Park Joo-ho playing with sand at a playground together.

While they were playing together, Jin-woo gave himself a little taste of some sand.

As soon as Jin-woo heard his words, he pouted his lips and threw the toy boat on the ground.

Then, he squatted down, looking all upset and sad about being stopped and scolded for what he did.

Park Joo-ho did not respond to Jin-woo's behavior, but his sister Na-eun did.

Na-eun said, "Hey, Jin-woo. Don't be so sad. Dad was just worried about you. He thought you'll hurt your mouth by eating it."

She continued, "I'll apologize to you instead of him, okay? You can have fun too. Let's have fun together."

After getting consoled by Na-eun, Jin-woo lifted his head back up, and started playing with sand again.