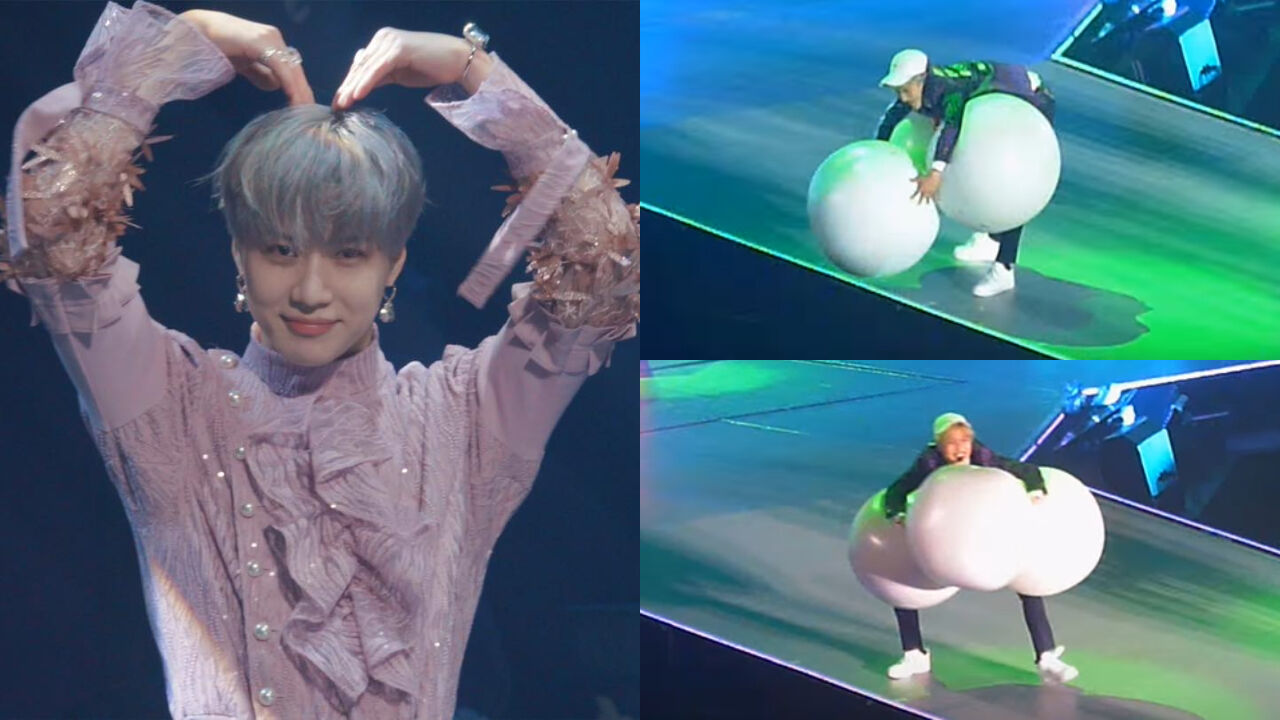 K-pop boy group SHINee's member TAEMIN was seen being greedy with a stage prop on stage.

Recently, one past video of TAEMIN started circulating online after some fans found a funny part in it.

It was a video from 2016, when SHINee held a concert in Sapporo, Japan.

At one point during this concert, large balloons were released on stage for a fun vibe that went well with the song being played then.

As soon as the balloons were released, the members of SHINee excitedly grabbed a balloon each and went around the stage with it.

TAEMIN, however, did not stop at one balloon; he tried to grab two different ones to have them on both sides of him.

When he succeeded in getting two balloons, he even tried to get another one, even though he was already struggling to hold onto two.

Then, he somehow managed to grab another balloon, having in total of three large balloons for himself.

As he awkwardly walked forward, his fellow member MINHO came along and stole one of the balloons from him.

After that, TAEMIN ran as fast as he could in order to save his two precious balloons from being stolen.

Under this video, fans left comments such as, "He's so extra!", "This is way too cute!", "Hahahaha what is he seriously trying to achieve there?" and so on.