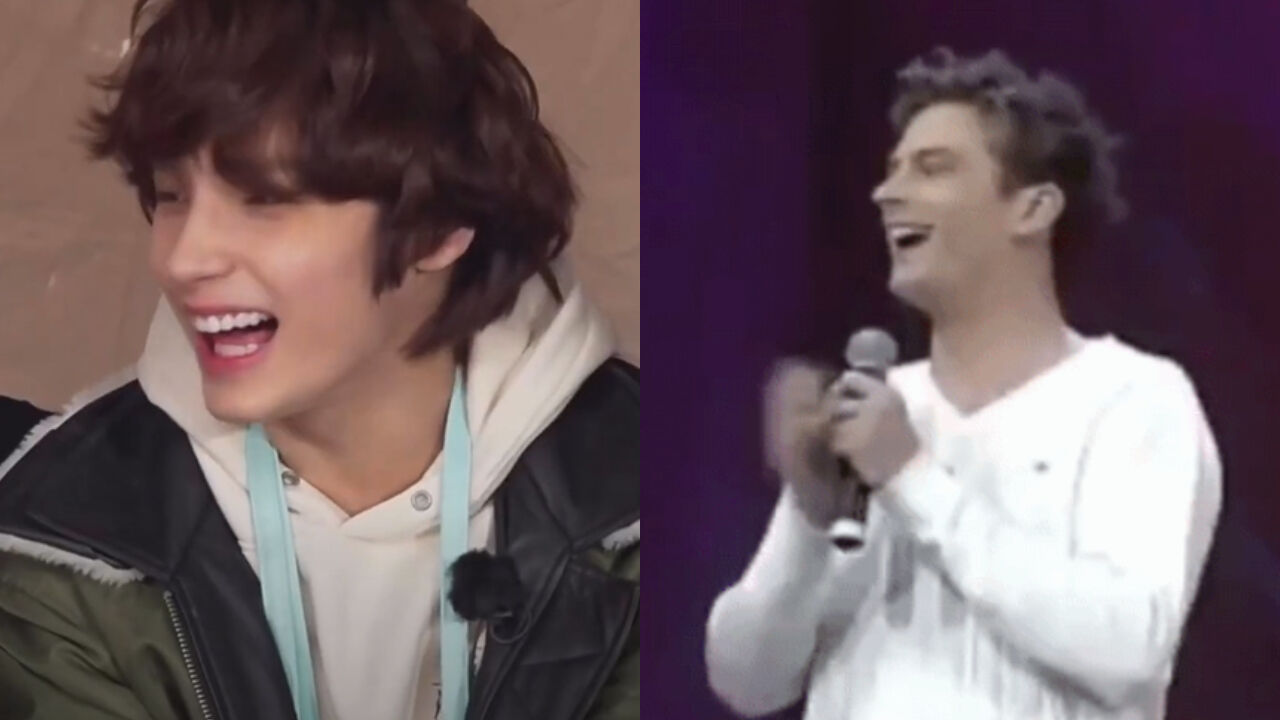 Everybody is amazed at how HUENINGKAI of K-pop boy group TOMORROW X TOGETHER (TXT) and his father are alike to each other.

In this video, HUENINGKAI's father Nabil David Huening was speaking to a host on a Chinese television show.

Nabil David Huening was a singer/actor who promoted in China years ago.

After HUENINGKAI made debut as a member of TXT in 2019, it was revealed that HUENINGKAI was Nabil David Huening's son.

They were widely known for their very father-son-like lookalike appearance, but this was the first time their gesture and laugh had been compared.

The video showed Nabil David Huening speaking in fluent Chinese, then laughing as the host responds to him.

He claps his hands before he chuckles; when he chuckles, he awkwardly smiles at the same time.

This was exactly what HUENINGKAI does when he laughs as well that fans were surprised to see their exact likeness.


It turned out not only did they have a similar look, but they also had the same laugh, and fans are all loving it.