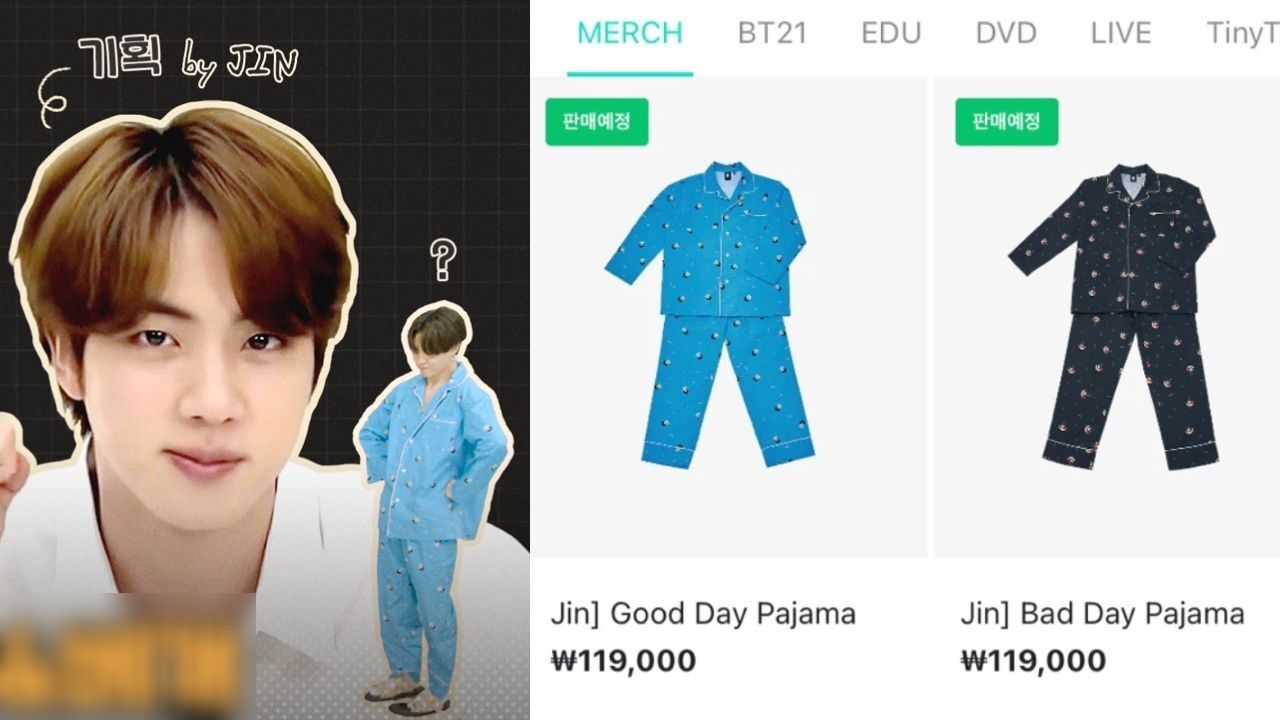 K-pop boy group BTS' management agency HYBE Labels is being heavily criticized by fans for their overpriced 'ARTIST-MADE COLLECTION' at the moment.

On January 2, HYBE Labels rolled out their first 'ARTIST-MADE COLLECTION'.

The first 'ARTIST-MADE COLLECTION' was a nighttime collection made by JIN; he designed two different pajamas, and a pillow for people who have neck strain.

After the prices for JIN collection were unveiled, fans flooded social media platforms and online communities, saying how they were disappointed with such high prices.

A few hours after this had become an issue among fans online, JIN himself expressed his thoughts over the prices on the group's official fan community WeVerse.

JIN said, "Though I did ask them to use a good material for the pajamas, the price is just... I was surprised as well."

As many fans are worried about the prices for the upcoming 'ARTIST-MADE COLLECTION' as well, they are angrily asking HYBE Labels to revise the prices.

Their comments include, "Don't rip us off like this! Make them more affordable, seriously!", "Speak for us, Seok-jin oppa!", "The prices are ridiculous! I can almost buy a ticket for BTS' concert with that money!" and so on.