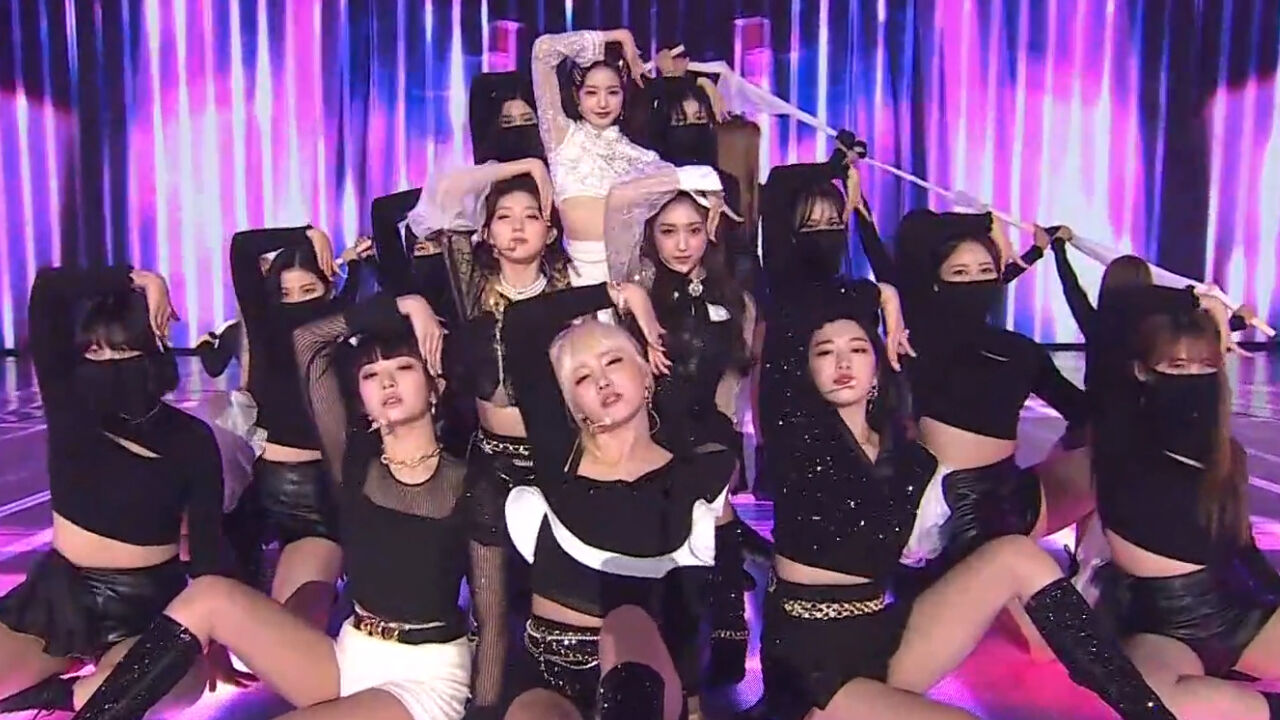 K-pop girl group IVE's stylists are being criticized for putting on outfits on the members that only made WONYOUNG stand out.

This event began with IVE's performance to the group's title track 'ELEVEN'.

The performance was amazing, but it has been in the center of discussion among K-pop fans ever since it took place.

It was because the performance looked as if it was WONYOUNG's solo performance due to the outfit that she was wearing.

The members of IVE wore the same glittery long black boots, but WONYOUNG was the only one with a different colored outfit.

Everyone else wore black outfits, but WONYOUNG wore an all-white outfit.

The problem was that the dancers wore black outfits that the rest of the members wore as well.

Not only the color was the same, but it was also in the similar style that it was quite hard to tell between IVE members and dancers, especially since the dance moves involved lots of rapid movements.

Being surrounded by IVE members and dancers in black outfits, WONYOUNG in a white outfit definitely stood out.

Following the performance, some K-pop fans shared how it was inappropriate for IVE's stylists to put on such eye-catching clothes on only one particular member.

They argued that it was not right to make one person stand out more than the others, who are just as important.