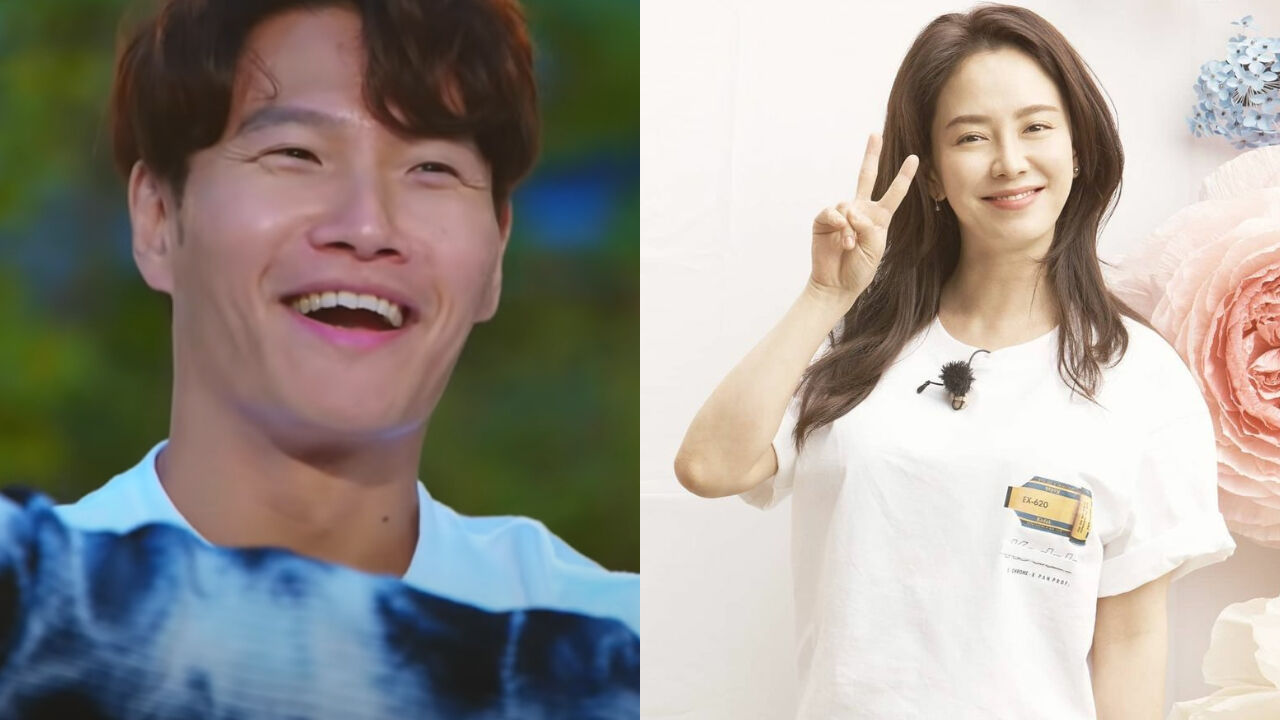 Singer Kim Jong-kook was seen brightly smiling as another singer HAHA suggested he films 'We Got Married' with actress Song Ji-hyo.

On December 14, Disney Plus Korea shared a short video from their 'Running Man' spin-off show 'Outrun by Running Man' on YouTube.

While Kim Jong-kook, HAHA, entertainer Ji Suk Jin, and comedian Yang Se Chan were sitting down for a talk together, HAHA said, "We're filming this spin-off show to return love to our fans, aren't we?"

He went on, "But I feel like it's not going to be so fun if Ji-hyo went to Jong-kook's place. I think you, Jong-kook, should join her at her home. How does it sound to you?"

To this, Kim Jong-kook smiled, then just laughed, without actually giving the red light to the idea.

Then, Ji Suk Jin commented, "You do know what she lives with her family, right? There will be his 'parents-in-law' there too."

Kim Jong-kook laughingly responded, "Not only them, but her brother and sister will also be there!"

But HAHA continued stating how great the idea was, "It's going to go completely viral even if they simply all sat around the table for breakfast together."

Ji Suk Jun and Yang Se Chan nodded and said, "Yes, I'm on board with this idea!"