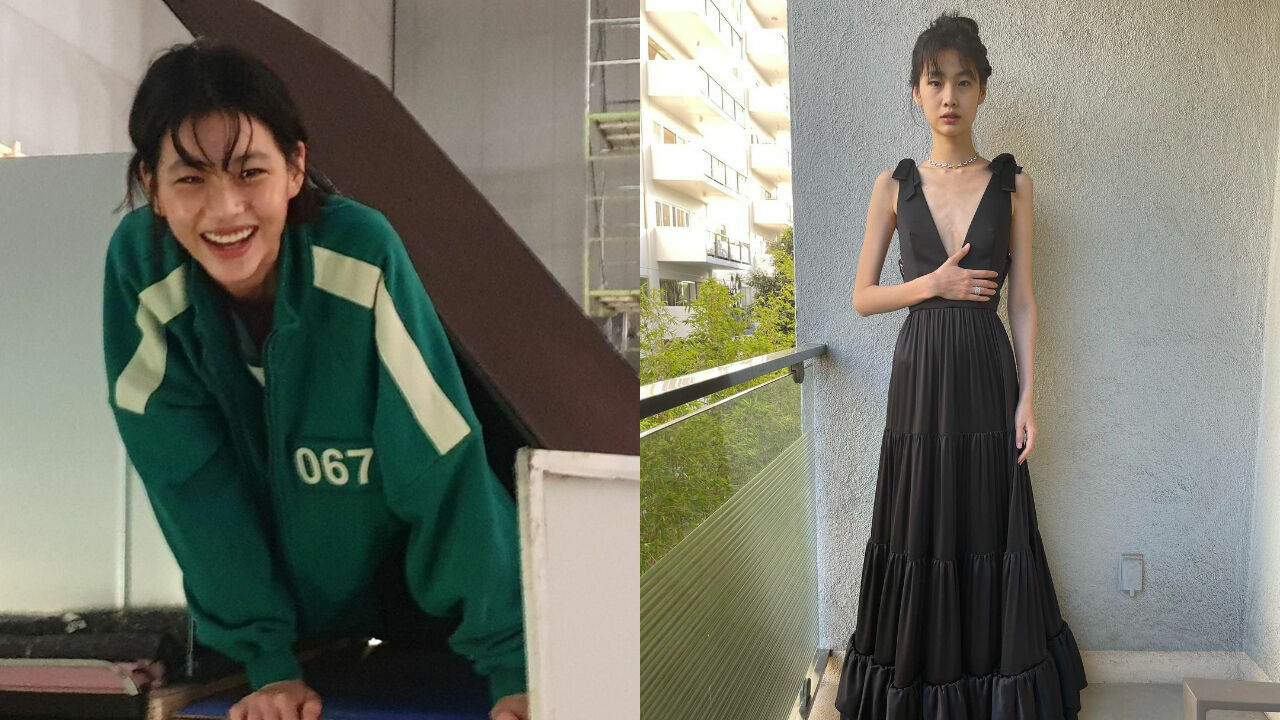 Many fans are worrying about actress Jung Hoyeon's health at the moment.

On December 16, Jung Hoyeon uploaded lots of photos of herself with outfits that she recently wore.

She had worn different styles of outfits, from a cute short dress to shirt with baggy pants.

But she was worryingly thin in these photos; she was certainly skinny before, but she seemed much thinner.

Jung Hoyeon's skinny figure was particularly more visible with the dress that she wore to '2021 LACMA Art and Film Gala' that took place earlier last month.

Under her photos, fans left comments concerned for her well-being, because they know how busy she had been following the release of 'Squid Game'.

Not long ago, Jung Hoyeon returned from the United States after being part of lots of events, interviews and television shows there.

During an interview with news outlet Star News on December 17, Jung Hoyeon shared that she was so busy in the U.S. that she had no time to eat properly.

The actress said, "I was so busy in the States that I didn't even have time to eat. So, I've lost a lot of weight. The clothes that fit me when I went to the States last month don't fit me anymore. They're way too big for me."

She continued, "After only about 10 days since the premiere of 'Squid Game', I had lost about 4 kg. There were just an unbelievable number of things to do in the States. A lot of changes have occurred in the recent months."

Jung Hoyeon featured in Netflix's series 'Squid Game' that made it huge around the world.

She played the role of 'Sae-byeok', a North Korean defector who entered the 'game' to pay for a broker that can find and retrieve her family from the North.