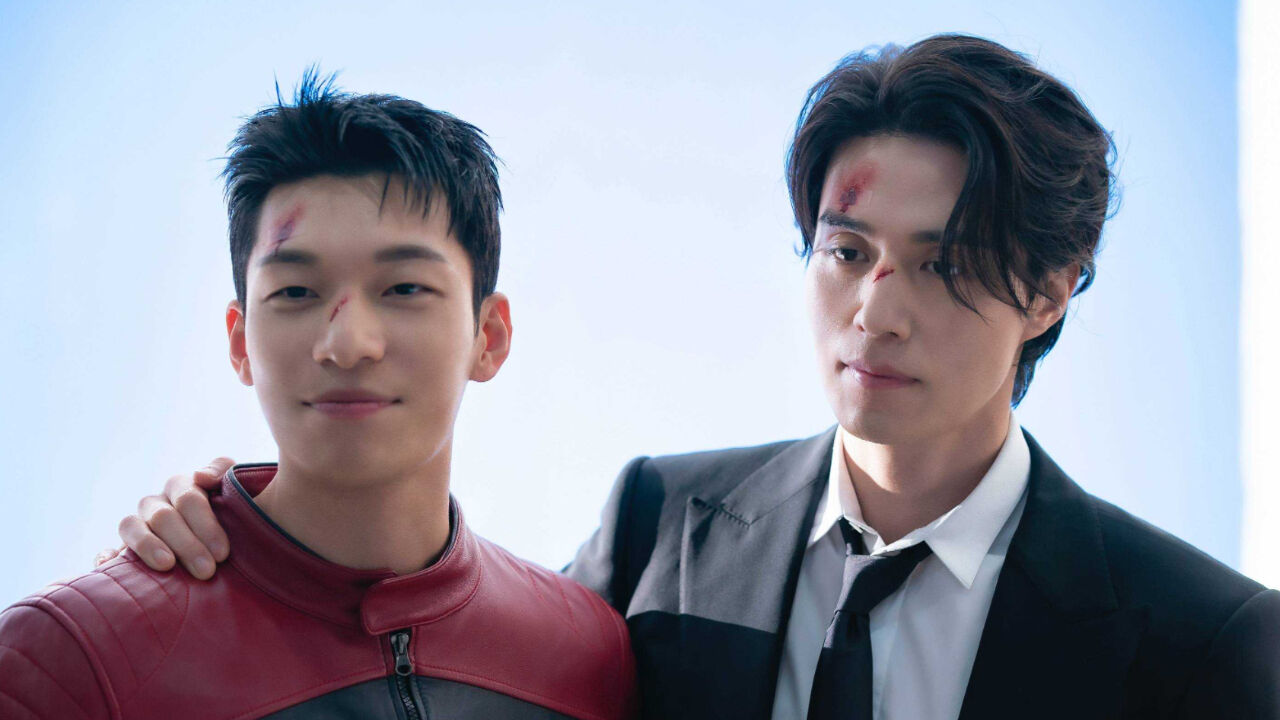 On December 13, a press conference for tvN's upcoming drama 'Bad and Crazy' was held online.

While the press conference went on, Wi Ha-jun and Lee Dong Wook were asked how their chemistry was during shooting.

Lee Dong Wook answered, "It was so great. We were like the same person in two different bodies. I'm so grateful to Ha-jun."

He explained why, "He was very open-minded throughout shooting. He listened to my ideas, and was always open to try shooting in new ways. You can look forward to our bromance in the drama."

Wi Ha-jun laughingly said, "I would like to receive the 'Best Couple Award' with Dong Wook at the Baeksang Arts Awards. That's really my wish. Our chemistry was that great."

He continued, "As I'm not as experienced in this field than Dong Wook, I didn't have as many ideas as him. The only thing I did was to follow his footsteps. But I think that acted as one of the factors why we had such a great chemistry."

He resumed, "Dong Wook is a detailed person. He doesn't miss anything that I ask or tell him. It was incredible working with him."

'Bad and Crazy' is a heroic drama about a competent yet 'bad guy' Soo-yeol who recovers his humanity after meeting K (Wi Ha-jun), a righteous but crazy guy.

The first episode of the drama is scheduled to be revealed on December 17 at 10:40PM KST.