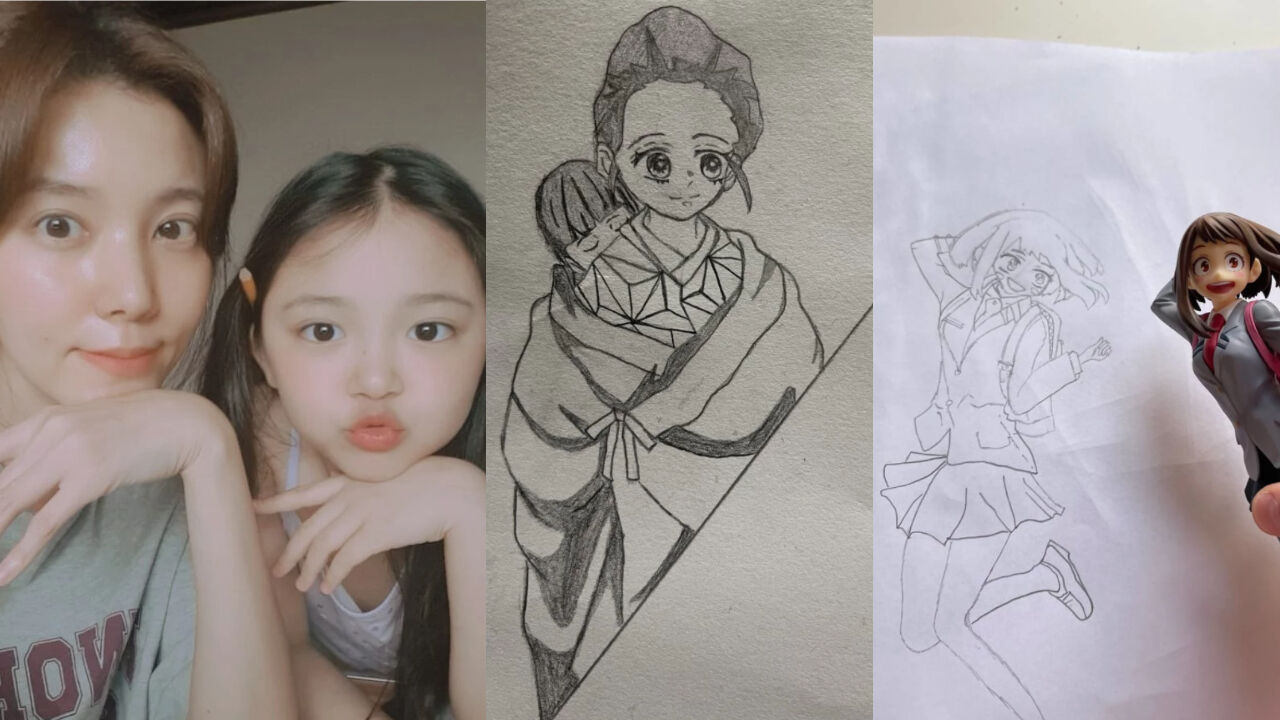 Actress Jung Sia's daughter Seo-woo wowed everybody with her incredible skills in art.

On December 13, Jung Sia uploaded a single photo on her Instagram with a caption, "This is a drawing by Seo-woo. Am I the only one surprised by it?"

In the photo, there was a pencil sketch of characters from popular Japanese animation 'Demon Slayer: Kimetsu no Yaiba'.

Born in April 2012, Seo-woo is just over nine and a half years old.

Even though she is still very young, her skills were beyond imagination.

Actually, this is not the first time Seo-woo's artwork was revealed to the public.

Jung Sia posted many posts showing off Seo-woo's work in the past as well.

In those posts, Seo-woo also boasted her detailed drawings and coloring.

It seemed certain that Seo-woo was greatly talented in art.

After seeing Seo-woo's works, a lot of people shared comments such as, "Wow, she's an artist already.", "When I was nine, I didn't even know how to draw a teddy bear!", "Did she really draw all that? I'm truly amazed." and so on.