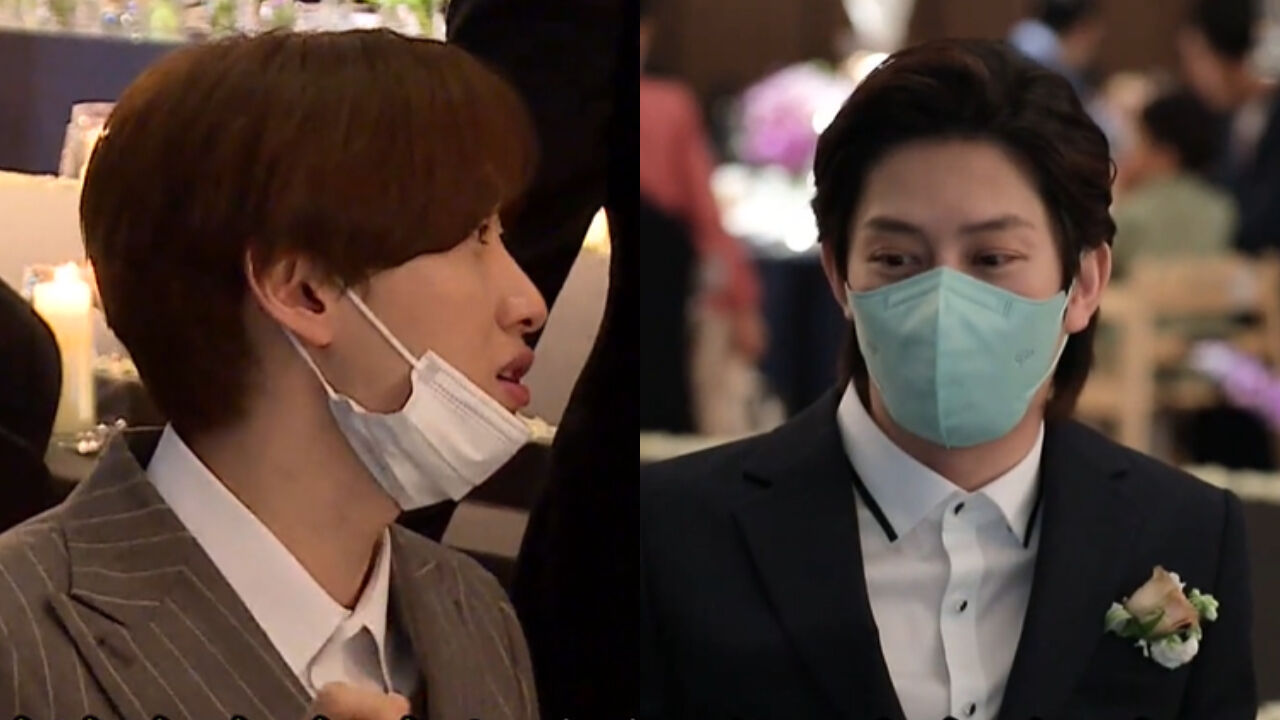 The members of K-pop boy group Super Junior picked one member who will get married first.

On this day, HeeChul hosted the wedding ceremony with SiWon, while YeSung sang a song for the couple.

After the first half of the wedding ceremony, HeeChul went to the table where his family was sitting.

As soon as HeeChul came over, his mother said, "You should be getting married, not hosting it, HeeChul. You promised to get married before you turn 40 (Korean age). You're turning 40 next year!"

HeeChul shook his head side-to-side and responded, "Ah, I don't think I can get married. After hosting the ceremony today, I've become more sure about that. I'm just going to live with my dog."

Then, HeeChul sat down on the table with other members of Super Junior who attended the ceremony.

They all pointed out that it was going to be RyeoWook, and stated that it had to be him.

About two years ago on one episode of 'My Little Old Boy' when Super Junior members gathered together, they played rock-paper-scissors to decide who was going to get married first.

At that time, RyeoWook lost and became the first one who had to get married.

HeeChul said, "I mean, we played that game. RyeoWook must keep his promise."