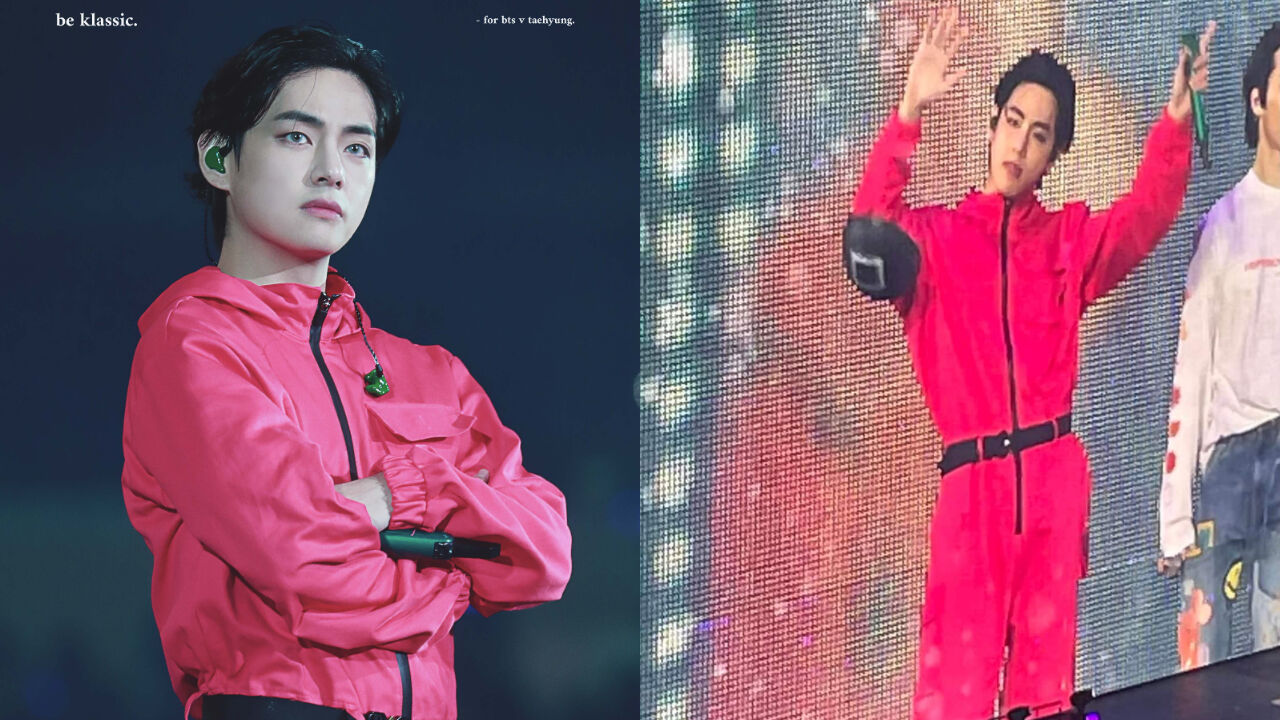 On December 1 (local time), the third day of BTS' concert 'PERMISSION TO DANCE ON STAGE―L.A.' was held at SoFi Stadium, Los Angeles, the United States.

Towards the end of the concert, one guy came on stage, dressed as the masked manager in Netflix's popular series 'Squid Game'.

Just as fans wondered who the masked manager was, he took his mask off.

As soon as he took the mask off, fans' loud screams filled the stadium.

It turned out to be V, and everyone just could not help but gasp and scream when his gorgeous face was revealed.

Although it is not any surprise as V looks good in everything in the world, he also looked amazing in the costume.

He could easily be the hottest masked manager in 'Squid Game' if the games in the series really happened.

Regarding his masked manager costume, fans left comments such as, "If he was the one about to kill me in 'Squid Game', I would be happy to be killed LOL.", "How does he manage to shine, like all the time?", "I'm speechless." and so on.

They said, "While V should never really wear a mask, I am living for this BTS x Squid Game mashup."