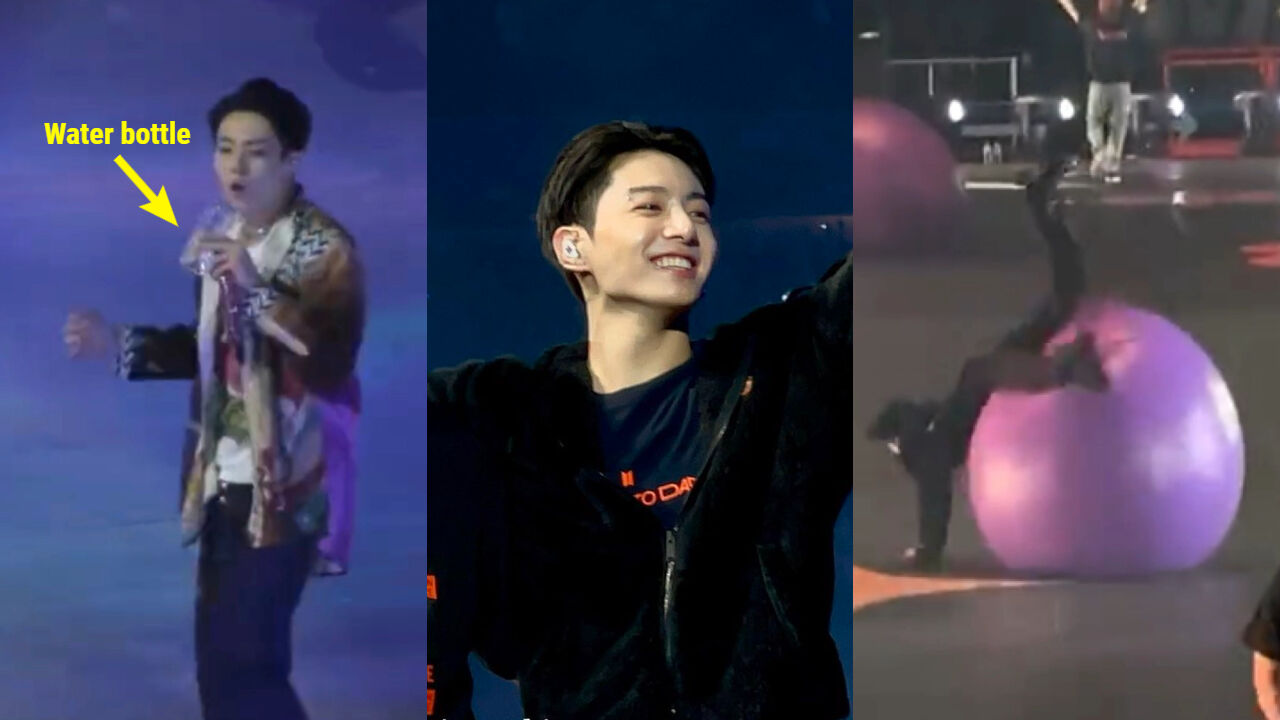 JUNGKOOK of K-pop boy group BTS made fans laugh with his cutest mistakes at the group's concert.

On November 27 (local time), BTS kicked off their 4-day concert 'PERMISSION TO DANCE ON STAGE' at SoFi Stadium, Los Angeles, the United States.

'PERMISSION TO DANCE ON STAGE―L.A.' marks BTS' first in-person concert in about two years since the COVID-19 pandemic began.

On this day, thousands of fans from all over the U.S. as well as overseas made their way to see BTS and their performance in person.

During the concert, JUNGKOOK made some mistakes that gave ARMY (the name of BTS' fandom) heart attacks.

When BTS was performing 'Butter', JUNGKOOK was wearing a pair of stylish sunglasses.

As he quickly turned in the middle of the dance, his sunglasses unexpectedly flew away from him.

He made a confused look at the end of the turn, but soon continued to perform, pretending nothing happened.


While performing another song, JUNGKOOK mistakenly tried to sing through a water bottle instead of a microphone.

At that time, he was holding both a water bottle and microphone in his left hand.


There was also a moment when JUNGKOOK hilariously fell down on stage.

Towards the end of the concert, the members of BTS went around waving goodbye to ARMY around the stadium.

When JUNGKOOK was doing this, he jumped on a large purple balloon that was on stage for a decorative purpose, but failed to land on the balloon and landed on the stage.

Playful JUNGKOOK got up right away and brightly smiled, and carried on waving goodbye to fans.