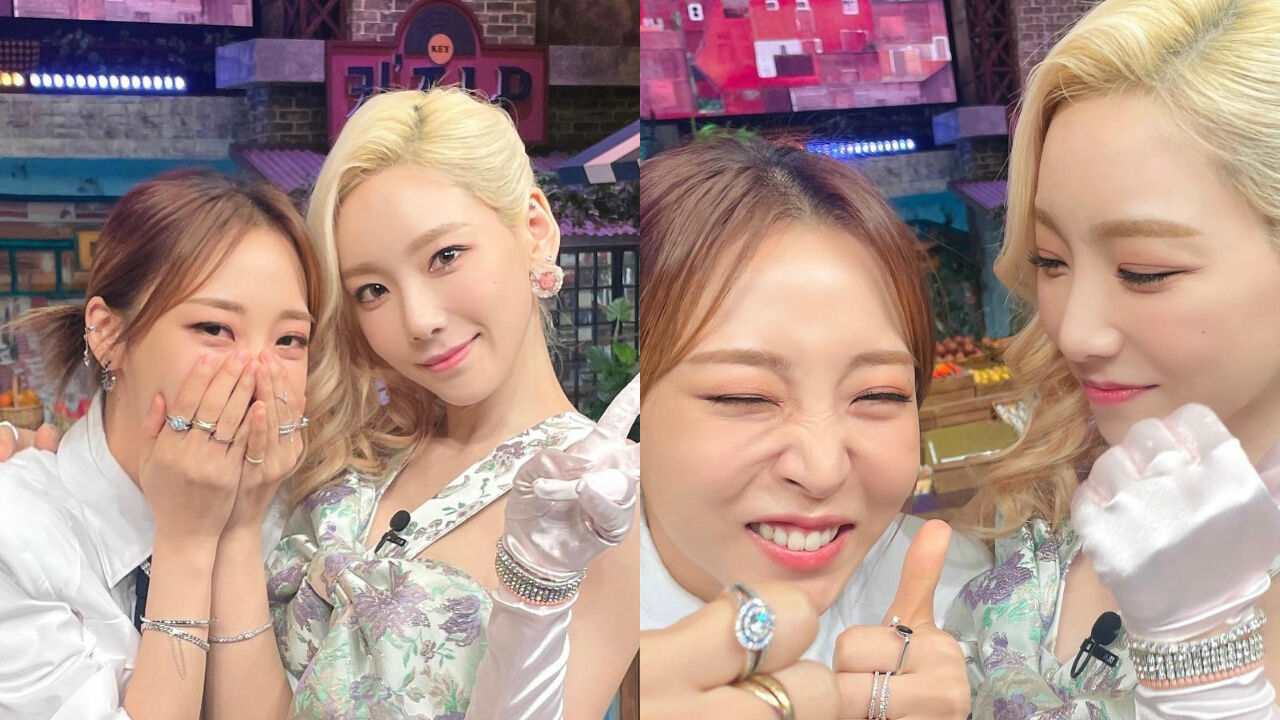 Moon Byul of K-pop girl group MAMAMOO shared that she followed in Taeyeon of another girl group Girls' Generation's footsteps to become a K-pop star.

During the opening, it was revealed that Moon Byul specifically asked the production team if she could sit next to Taeyeon.

Regarding this, Moon Byul said, "I'm a huge fan of Taeyeon. The wallpaper on my phone is even a photo of her."

She continued, "I said I wanted to sit next to her, but I regret saying that now, because I can't see her face very well from here."

Then, Moon Byul revealed that Taeyeon helped her sett her foot in the K-pop world.

Moon Byul said, "I really wanted to become a singer. I had a dream, but I didn't know how to become one, so I did everything that Taeyeon did."

She resumed, "I went to get vocal lessons at the same place as her, and also practiced singing with songs by Girls' Generation."

After that, Hwa Sa said, "Moon Byul was shaking so much before the recording. She never told us that she was a fan of Taeyeon, so I had no idea that she was nervous to meet Taeyeon."

Taeyeon added, "Awww. Moon Byul, you've done well. Good job.", then gave her a pat on the back.

She went on, "I'm your fan too. I've listened to your radio shows as well."

As Moon Byul listened to Taeyeon's warm words, she could not help herself but cry.