[SBS Star] "Too Good-looking!" Gabee·Peanut Cannot Get Their Conversation Going in Front of MAX Changmin

[SBS Star] "Too Good-looking!" Gabee·Peanut Cannot Get Their Conversation Going in Front of MAX Changmin 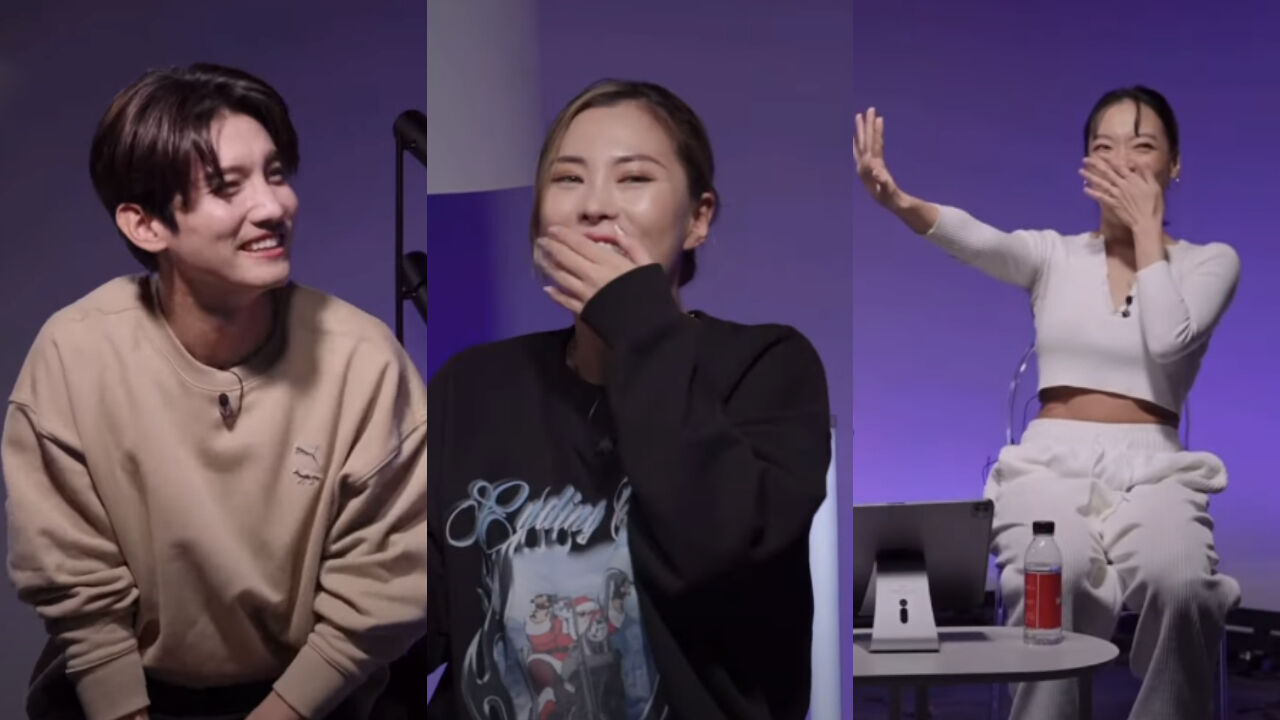 Dancers Gabee and Peanut became so stunned by MAX Changmin of K-pop boy duo TVXQ!'s good looks that they could not get their conversation going in front of him.

After Gabee and Peanut said hi to their host MAX Changmin, he said, "I believe it's our very first time seeing each other in person."

Peanut glanced at him and said, "It's just that your appearance is at another level to all people I've met in my life. I can't look at you for over five seconds!"

Gabee also said, "Yeah, I mean, when I look at you, I feel like I'm looking at a whole different world."

Then, Gabee and Peanut calmed themselves down and answered his question about being on 'Street Women Fighter'.

While talking, Gabee suddenly burst into laughter and said, "I'm so sorry for getting distracted again, but I think I'm going crazy. MAX Changmin seems so prince-like that I can't..."

Peanut added, "I mean, how are your eyes so brown and your nose that sharp?"

In response to their remark, MAX Changmin just blushed and laughed.