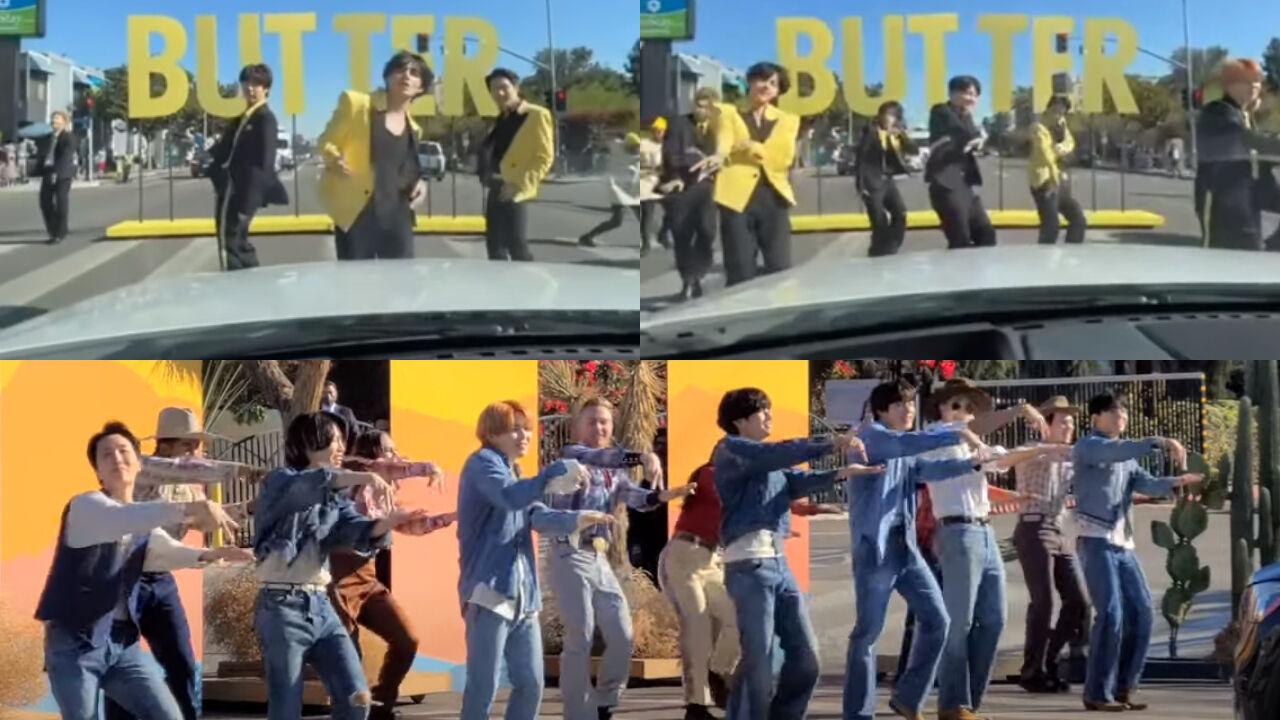 On November 23, the members of BTS were seen filming a crosswalk segment in the middle of the street alongside British comedian James Corden in L.A.

The segment was filmed to be featured on an upcoming episode of the popular American late-night talk show 'The Late Late Show with James Corden'.

It was filmed at the crosswalk at the intersection of Beverly Boulevard and Genesee Avenue in West Hollywood, where all the other crosswalk segments for the show were shot.

There, the group performed their mega-hit English songs 'Butter', 'Permission to Dance' and 'Dynamite'.


In the videos that were filmed by some lucky fans, they wore different outfits for each performance.

After performing, they quickly ran back to the sidewalk right before the lights turned green for the cars.

It seemed like the seven guys had a great time trying something they had never done before.

Before tonight's #LateLateShow with @bts_twt, here's a little peek at the incredible Crosswalk Concert they filmed today that will air in an upcoming episode! ��https://t.co/q0aJezYIBM pic.twitter.com/9JxnT09uoW


Following 'Butter', JIMIN was spotted jumping on James Corden's back to return to the sidewalk, and V slipped and ran for his life after 'Dynamite' as well.

As fans watched these videos, they also could not stop smiling.

This video of u carrying our little mochi is so precious ����pic.twitter.com/1qsxQY0MzX