[SBS Star] VIDEO: BTS Thanks ARMY After Winning Three Awards at the AMAs

[SBS Star] VIDEO: BTS Thanks ARMY After Winning Three Awards at the AMAs 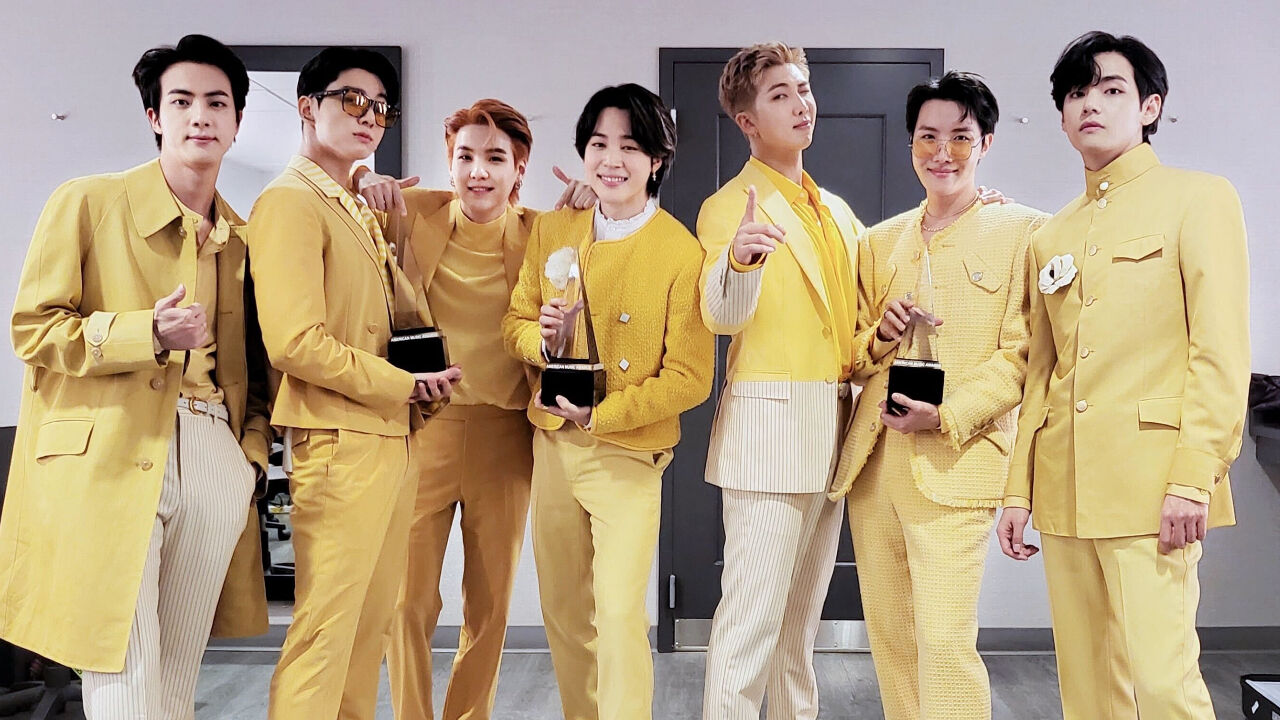 K-pop boy group BTS expressed their gratitude to ARMY (the name of BTS' fandom) after sweeping awards at the AMAs.

On this day, BTS treated the audience to an energetic performance 'My Universe' with British rock band Coldplay, and 'Butter'.

At the awards ceremony, BTS won in total of three awards for Artist of the Year, Favorite Pop Duo or Group and Favorite Pop Song with 'Butter'.

What was amazing besides BTS being the most-awarded act at the AMAs this year, it was the fact that they took the Artist of the Year home.

Out of the three awards, the Artist of the Year is considered the top award at the AMAs.

The group beat out five big names―Ariana Grande, Drake, Olivia Rodrigo, Taylor Swift and The Weeknd for it.

This marks the first time for any Asian act to win the top award at the AMAs.

After BTS came on stage to accept the Artist of the Year award, the leader RM gave a speech.

RM said in English following a pause, "I seriously forgot what I've got to say. Thank you, AMAs, and we are honored to be on this stage with such incredible artists right here. We feel so honored, thank you for that."

He chuckled and continued, "I'm nervous. Yeah, I'm nervous. Four years ago, we gave our first-ever TV live performance in the U.S. on this very stage. We were really excited and nervous at that time. It's been a long and amazing ride since then. But nobody could have ever bet on the odds of us standing here receiving this award."

He went on, "Seven boys from Korea, united by love for music, met the love and support from ARMY all around the world. This whole thing is a miracle. We'll never take this for granted. Thank you so much. Love you all. We want to give this honor to you guys. We also would like to thank our staff at HYBE labels and Big Hit Entertainment."

Then, SUGA took the microphone and said in Korean, "We had our U.S. debut stage at the AMAs four years ago. We didn't expect to win the Artist of the Year award today. It's all thanks to ARMY. Thank you."

JUNGKOOK added in English, "We just wanted to make people happy with our music. We believe that this award will open a beginning of our new chapter."

The AMAs is one of the most prestigious music awards ceremonies alongside the Grammy Award and the Billboard Music Awards.