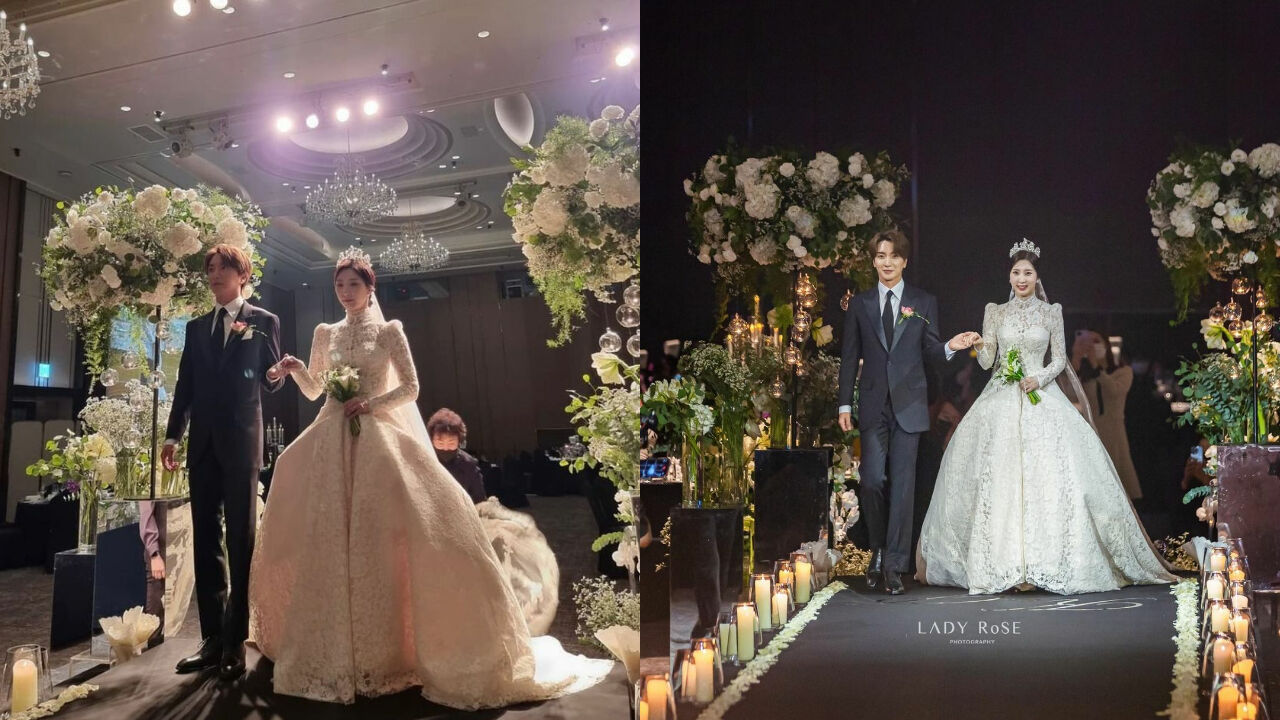 LeeTeuk of K-pop boy group Super Junior was spotted walking down the aisle with his sister at her wedding instead of their late father.

On November 19, LeeTeuk updated his Instagram with some photos of his sister actress Park In-young at her wedding ceremony.

Park In-young recently announced to marry a restaurateur boyfriend who she dated for about a year and a half.

Along with the photos, LeeTeuk wrote, "I walked down the aisle with her, and it kind of made me feel shy."

He continued, "My sister and brother-in-law must be glad, because they have me as their brother. Be happy, you two!"

Then on November 20, LeeTeuk uploaded photos of him and his sister walking down the aisle together, holding hands.

LeeTeuk wrote, "Once again, I would like to thank everyone for coming to my sister's wedding. I feel like Super Junior's family members are becoming bigger, and it really makes me feel warm."

He went on, "HeeChul hosted the wedding ceremony, and YeSung, EunHyuk, DongHae and Noh Sa-yeon sang for the couple. So many people showed their love and support for my sister. Thank you so much!"

LeeTeuk filled his father's spot for Park In-young at her wedding, and this melted the hearts of a lot of people.

Their father passed away in January 2014 by taking his own life.